Nobody can face opening email titled 'Christmas Do 2019'

NOBODY in a large office can summon the will to open and read an email titled ‘Christmas Do 2019!!’, they have confirmed.

The group email has been sent to 412 employees, but from the boardroom to the post room every recepient is staring at its boldface unread title with weary dread.

Acquisitions manager Joseph Turner said: “So soon, the death-knell of the year?

“I know they have to ask early so we can book somewhere and to give us a choice and all that’s good in theory, but I’m just not emotionally ready to deal with the end-of-the-year thing. I’m not even prepared to say the word.

“Strictly’s on, tubs of Heroes in the shops, the shadow of the darkest season has fallen across us. But if I don’t read this email perhaps it won’t be real.”

Colleague Joanna Kramer said: “Basically once we open that it’s all over. Tinsel round the monitors, pathetic turkey dinner in the canteen, names out of hats for Secret Santa. So it’s staying closed.”

Sender Mary Fisher said: “No responses? Everyone must be fine with the Chinese restaurant with Elvis impersonators then. Good.”

Brexit or Remain: how will Operation Yellowhammer affect you? 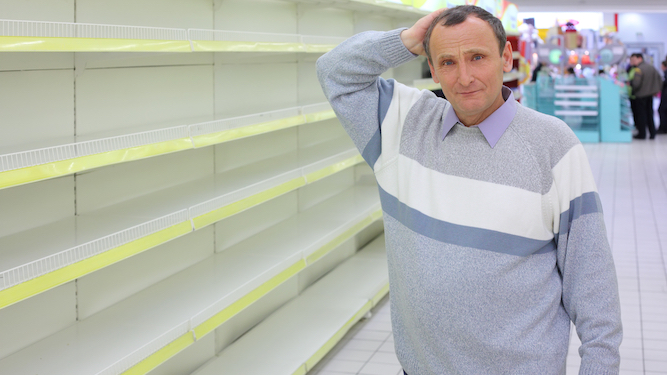 THE Operation Yellowhammer no-deal contingency plan will affect Britons differently according to their referendum vote. Here’s how:

Remainers will struggle to obtain their pampered elite staples like quinoa, sourdough, and milk. Brexiters can continue to enjoy honest staples like Fray Bentos pies, tins of all-day breakfast and Ben Shaws cherryade without fear of rationing.

Staunchly independent Brexiters who fight their own battles and don’t run crying to the NHS every time they get a twinge won’t really notice this. Even if they die, they’ll die free. Once again it’s weak Remainers with their medications and conditions who’ll suffer.

Tricky – but as farmers are apparently going out of business after Brexit so even if we run out of normal diesel there will be plenty of red diesel to go around which is much cheaper. So once again win-win.

A riot is just an exuberant street party if you know how to handle yourself, as anyone who voted Leave can. Remainers, meanwhile, can expect to get their heads kicked in, their cars burnt out and all their possessions stolen. They can hardly say they don’t deserve it.

Two days to cross the Channel

A four-day booze cruise, most of it spent on the M20, is not predicted to be any deterrent to Brexiters who will no longer have jobs to go to anyway. And a two-day waiting period for Remainers trying to holiday in Europe gives them chance to reconsider their unpatriotic decision.