Francesca Johnson spent 175 minutes drafting the message about the marketing team’s failure to RSVP for the official Christmas Zoom party, and believed it to be a true masterpiece of the genre.

She said: “It had everything. Ostensibly polite, but with a vicious, bubbling undercurrent of very palpable rage.

“I was certain that by the end of my polemic that bitch Lucy would be left a trembling mess and that she’d take a few days to reflect on my request to be sensitive to others’ deadlines.

“Instead, within 45 seconds, she replied ‘my bad!’

“Two minutes later, when I’d expected the subtle barbs of the penultimate paragraph would still be reverberating around her head, she added ‘yes sorry we’re all coming (not gerald)’ which only made things worse.”

Lucy Parry, the recipient of the email, said: “Yeah it was 1,000 words of bollocks by someone without a proper job to do. Next.” 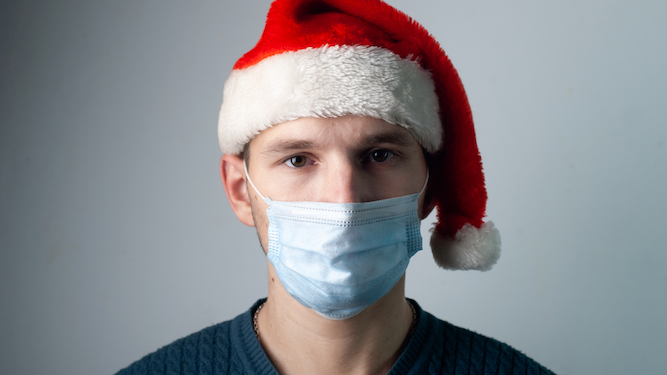 CONFUSED that an alteration of Covid rules is the same as the government cancelling Christmas, like the Puritans? Try these meltdowns:

Blow it out of all proportion

Changing the Covid rules doesn’t mean the police will be round to burn down your Christmas tree but don’t let that stop you from wilfully misunderstanding it, dressing up as Santa covered in fairy lights and supergluing yourself to a police van.

Bang on about Oliver Cromwell

Oliver Cromwell was a religious fanatic who believed Christmas was sinful whereas the current situation is a response to a public health issue and designed to keep you safe. Just pretend the two are the same. Also, yeah it was a different Cromwell in Wolf Hall.

Rather than believe the government are incompetent, devise a conspiracy theory that proves this is all the One World Government being unveiled on Christmas Day, and the vaccine is nanomachines. Or some similar bollocks to harangue your weary partner with.

Pretend you love your family

In normal years you’d avoid travelling anywhere to visit family. This year you’re wringing your hands pretending to be desperately worried about how they’ll cope without seeing you, even though you’ve barely spoken to them since 2011.

Insist you’ll do what you like at Christmas, even if it kills you

Or your elderly relatives or those people you sit near on the train while refusing to wear a mask. Being alive isn’t more important than eating dry turkey and having a pissed-up argument with your brother over Monopoly.