Your guide to using the toilets at work like a ninja

DO you sometimes need to take a dump at work but don’t like your colleagues knowing? Here’s how to use the bogs with the silence and stealth of a ninja.

Make sure no one sees you enter the toilets

Scout out the entire building the day before and take note of the least used toilets. Then sneak in undetected by crouching behind desks or doing commando crawls. It’s well worth it to avoid admitting you need a shit.

When you need to go, slip into the stationery cupboard and pull on a balaclava before heading for the toilets. Most offices are so strange people will just go ‘Oh, it’s the balaclava guy again’, but if a security guard approaches you, fell them with a flying drop-kick and leap out of a window.

Are you worried that a few sheets of loo roll in the toilet bowl won’t be enough to cover up any giveaway sounds? Instead make dozens of trips to the bogs beforehand and soundproof the cubicle with egg boxes. It’ll take ages but it’s worth it to hide your body shame.

Ninjas sometimes used firecrackers to distract their foes, but you’ll need something more suitable for an office, so bring in cakes. While everyone’s fighting over the chocolate eclairs, slip away and claim your throne.

If you don’t have time to do any of the above simply walk out of the toilet muttering about how much it stinks in there. Everyone will know it’s subterfuge but they won’t say anything because they do the same thing.

Are you writing an interesting tweet or just a desperate plea for attention? 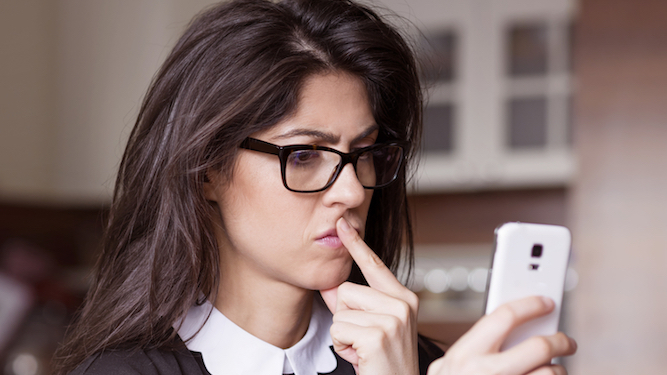 DO you mean what you say on Twitter or are you just writing attention-seeking bollocks in a pathetic attempt to get people to notice you? Here’s how to tell.

Would you say it to a friend?

If you told your mates on a night out at the pub that you thought all school shootings were staged, they would rightly think you were mental. So maybe don’t do it online.

Would you shout it out in a public place?

You wouldn’t go into your local Morrisons and loudly tell shoppers the details of how someone broke up with you because you cry during sex. This sort of information doesn’t magically become less weird and embarrassing just because it’s on Twitter.

Could it get you sacked?

Here’s an idea: before sharing some mindless bigoted comment online thinking you’re being daring and ‘edgy’, run it past someone who works in HR. If they shake their head and go “Fucking hell, Susan”, maybe don’t tweet it.

Are you threatening to kill someone?

Usually in a wildly out-of-proportion way, like saying you’ll ‘end’ the local lollipop lady because she made you stop for 20 seconds instead of letting you drive over a gaggle of small children.

If you have even the slightest suspicion that you do, step away from social media altogether and go and read a fucking book.