A MAN has admitted he has been using his wife’s expensive shampoo to wash his balls for a while now.

Tom Logan first went for the expensive-looking bottle after rinsing out his cheap Asda shower gel for the third time and now finds it impossible to stop.

Office worker Logan said: “I can’t go back to that muck you find in the supermarket. My bollocks are used to a higher class of wash.

“It’s not just my testicles, all my nether regions have grown accustomed to the luxurious feel of ‘Sumatran Fern, Orange Oil and Saffron’. It leaves my bumcrack feeling really refreshed and ready for the day.

“For a brief, glorious moment every morning my knackers get pampered like Kim Kardashian. However if my wife finds out I’m fucked because it costs 30 quid or something ridiculous.”

Logan’s wife Helen said: “I’ve suspected Tom has been using my shampoo for ages. I assumed it was revenge for me using his razor to shave my fanny.” 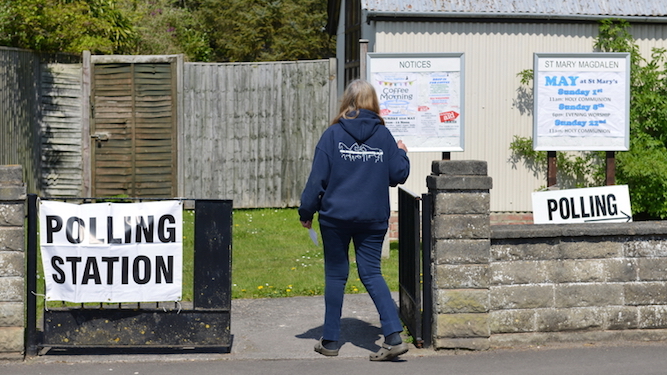 THE two main parties have lost hundreds of seats due to a backlash against Brexit, austerity, May, Corbyn, Parliament, the economy and everything fucking else.

The council elections across England have been used by voters as a chance to voice their opposition to everything Labour and the Conservatives have done since the last time they got to call them twats via the ballot box.

Martin Bishop of Southend said: “I’m fucked off about Brexit, obviously. But I’m also fucked off about academies, NHS cuts, police numbers, the trains, the BBC and both leaders being thoroughgoing knobheads.

“It’s a shame the Lib Dems have benefited, because they’re wankers as well, but I’m hoping that both parties take this as a message not just to get on with Brexit but to get on with fucking off for good.

“When I cast my vote I wanted May to resign, Corbyn to resign, some new people who I don’t hate to take over and everything they’ve broken fixed. I hope that was clear.”

A Conservative spokesman said: “This is the problem with democratic votes. They risk us being unable to implement crap policies that only a small minority of dickheads like.”