ARE you a Brit who lives in the EU but still wants a no-deal Brexit? Here’s how to convince yourself it’s a perfectly sensible position.

Everything from your pension to healthcare will be affected by a no-deal Brexit. So just ignore it. What you don’t think about can’t hurt you, apart from big angry dogs, serious illnesses and in fact everything that can hurt you.

Assume ‘they’ will sort everything out

Forget that ‘they’ are a vindictive, incompetent Tory government, so they’ll probably have you deported from your retirement home in Portugal to a rough bit of Jamaica by mistake.

Fail to see the irony of complaining about immigration

To be fair, you’re really talking about the scary immigrants you’ve read about in the UK press. However if lots of perfectly nice German, Greek or Swedish pensioners retired to the UK you wouldn’t like them either. It’s not right them coming there and stealing all the bus passes.

In a best case scenario, Brexit will force you to do a shitload of tedious paperwork. Train yourself to enjoy it by spending every evening filling out forms for an HGV licence or permit to import machine parts to China.

Repeating the mantra ‘Project Fear’ is a form of magic that protects Brexiters against the effects of their own stupid decisions. And if you do find yourself up shit creek, just blame someone else, maybe Sir Keir Starmer or, hilariously, foreigners.

'Making memories' confirmed to be same thing as 'existing' 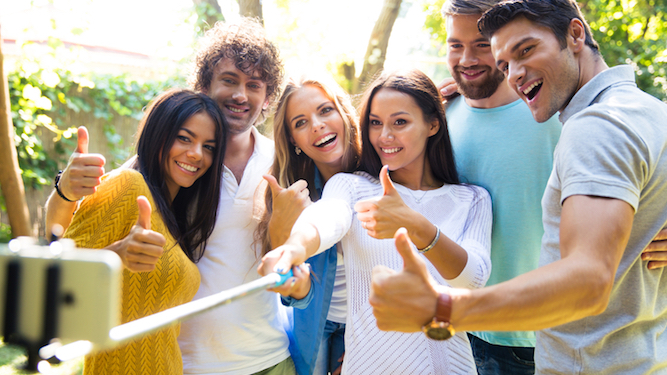 PEOPLE who claim they are ‘making memories’ are just putting a twee spin on the endless drudgery of being alive, it has been confirmed.

The Institute for Studies found that people who talk about making memories are likely to be control freaks who want others to think their life is not as tedious as it actually is.

Professor Henry Brubaker said: “Remembering things is a biological process that happens automatically, so you’re not actually ‘making’ memories and therefore you are talking bullshit.

“You make a memory every time you have a shit or put the bins out. The difference is that you don’t take a photograph of it and post it on social media with an upbeat caption about how wonderful everything is.

“If you were genuinely having a lovely time you wouldn’t feel the need to do some mad mental gymnastics about how great you’re going to feel in the future when looking back at this past event, would you?

“Also, ‘making memories’ is one of those phrases that sounds a bit disturbing coming out of the mouth of anyone over the age of 14.

“Can’t people just be alive without being dicks about it?”