Mumsnet admits it is also the Illuminati

THE parenting website Mumsnet has revealed that it is actually a front for the shadowy cabal that controls the world.

Mumsnet has now infiltrated so many aspects of everyday life that it is ready to institute an oppressive New World Order in time for the summer holidays.

Illuminated Leader Emma Bradford said: “Our constant witterings about kids and minor cooking problems are fucking boring, so the website was the perfect place to hide our sinister secret society.

“What appear to be interminable discussions about whether it’s okay for our ‘darling husband’ to wear their underpants three days in a row are in fact coded messages planning the ruthless control of the entire world population.

“The media are slaves to us. Politicians fear us. We talk in arcane and mysterious acronyms which only our members can understand. We even decide what you’re allowed to read via the Mumsnet Book Club.

“The time has come for us to rise up and make ourselves known as the reptilian shape-shifting overlords that will forever rule the world under the symbol of the All Seeing Eye.

“I’ve just got to pop the washing on first.” 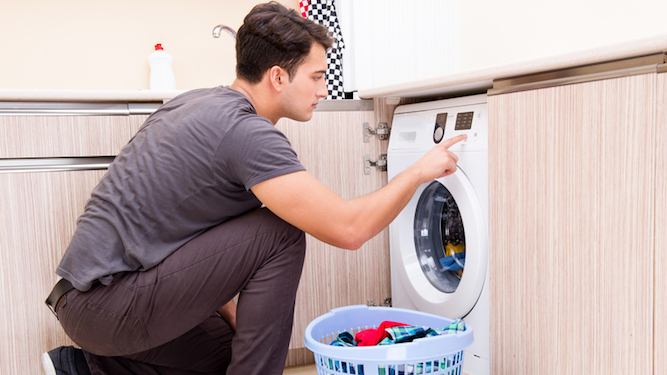 A HUSBAND’S ‘laundry day’ has yet again spiralled into a fortnight with him still to return his clothes to his wardrobe.

Stephen Malley’s clothes are currently very musty and a repeat wash has been planned, which could mean a month’s journey for them before they get to the dryer and finally his chest of drawers.

Malley said: “I don’t know what happens when the clothes go in. I can only assume the spin cycle opens some kind of wormhole vortex thing.

“It can’t just be that I faff about and forget about them until they smell like a wet dog.”

However Malley’s wife Nicky said: “It’s called laundry day, not season. Either he’s doing his domestics at the speed of light and time is actually slowing down or he’s a lazy fucker.

“With his long baths and long shits I’m inclined to think it’s the latter.

“I’d put up with him wearing musty clothes if the elastic on his boxers hadn’t gone and I wasn’t constantly having to look at his dangling testicles.

“Perhaps he might go shopping for some new ones or more likely I’ll die of old age.”