WEAK, flabby western men with no love of country and no respect from women – I will take greatest pleasure in crushing you.

I have watched you many years. I have studied ways of British men, American men, even so-called French ‘men’ and you are little perfumed ladies compared to me and my Russian tough boys.

I make enemy, enemy go away. I phone friend, say ‘hello’, make small chat. Two days later – two days! – I get email from friend say enemy gone away. I can be Vladimir, I can be president, I can be on top of Russia and no one tell me to shut my chops.

But I am not monster. No! I hold vote. I win vote. Many, many Russian tough boys vote Vladimir. I look at western men who lose vote. Are you men? Men not lose vote. Men win vote.

I go Europe. I meet your Mr and Mrs Prime Ministers with big cars and no gas. I say: “How many push-ups? How many sit-ups?” Nothing, that how many. I arm wrestle you, but would make you look like hungry clown in front of women.

Go back your country and play with dolls. I am Vladimir. I crush you. 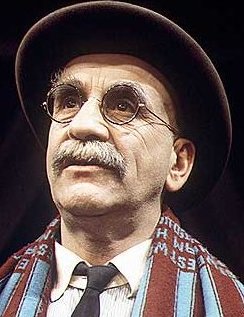 A NATIONAL holiday to celebrate the traditional British mistrust of foreigners is being proposed by the government. Alf Garnett made me want to have babies, said Kelly

Communities Secretary Ruth Kelly said the holiday would fall on 22 July, the anniversary of the first episode of Till Death us Do Part, when Britain's most lovable racist entered the nation's hearts.

Kelly said: "Mistrust of all things foreign pervades every corner of our national life and it's about time the Labour Party used that to its political advantage.

Kelly also said immigrants would have the chance to "earn" British citizenship, "by working as a minimum-wage nanny for, let's say, a busy Labour cabinet minister who has a lot of kids".

Mother-of-four Kelly added: "We need to rediscover what we have in common: Hatred of Spaniards, Frenchman, Indians, Argentinians, Germans, Italians, Chinese, Koreans, Filipinos and Brazilians.

"We need to remind ourselves constantly that other countries are hellholes that have achieved nothing and that Britain is, and always will be, a country of Christian superbeings.

"By the way, I heard that David Cameron's great grandfather was a Belgian."