I Love It When A Plan Comes Together

By HRH the Duke of Edinburgh

IT was with a small measure of relief and not a little satisfaction that I heard the coroner declare The Arab's allegations to be entirely without substance. In the end it has all come together so beautifully, has it not?

Oh, how The Arab must be boiling with rage. But surely, even one as clumsy as he could have predicted this particular endgame? Never underestimate the respect, nay affection, the British judiciary have for their dear Monarch and those who have served her so selflessly and for so long.

You see, the murder itself was the easy part. All it takes is enough cold, hard cash and a gang of industrious Chinamen. Goodness me, the things those little chaps can do when they put their minds to it. I find it's best not to ask too many questions.

And even if they had been caught red-handed, no-one would suspect a thing. The Duke of Edinburgh? In league with dastardly Chinamen? I think not, inspector.

No, the tricky part – the clever part – is the smoke and mirrors. It's the sleight of hand that sends the newspapermen the other way and keeps the Great British Public in a state of constant and blissful ignorance.

Let them speculate about the 'security services' and 'the Establishment', whatever that is. It's all such marvellous theatre. Meanwhile my dear, deadly little Chow-Ping is safely back in Shanghai, gambling away his ill-gotten gains around the mahjong table.

But I'll hand it to The Arab, he knew it was me all along and he was resolute in his determination. But the very thought that I, a Prince of the Realm, would be brought before some squalid little inquest. 'But I'm just an old man, this all so confusing'. Too ghastly, I'm sure you'll agree.

So what's next, you're wondering? Do you know, with my gang of little Chinamen on one side and The Arab on other, I think I might just be unstoppable. 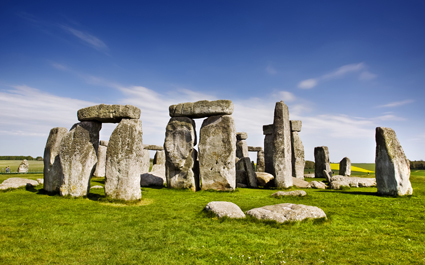 SCIENTISTS have started a fresh excavation at Stonehenge in the hope of confirming the ancient monument’s utter pointlessness.

In the past it was suggested the Henge may have been built as an arena to attract sponsorship from a mobile phone company, or that it could be the top section of a medium sized underground car park.

However, recent advances in carbon dating and DNA testing technologies now point to it having absolutely no purpose whatsoever.

Professor Henry Brubaker, from the Institute for Studies, said: “The ancient Britons quarried these giant stones by hand, dragged them hundreds of miles from Wales, lifted them into place, stared at them for a bit, then wandered off and never came back.

“I know they didn’t have television, but there must have been something better to do.

“At least the Great Wall of China is actually a wall, and the Pyramids have mummies inside them. This is just some Welsh rocks thrown up in the middle of nowhere for no bloody reason. It does my head in.

“Maybe they did use it for sacrificing badgers or worshipping the moon.