Spacey To Host 'I Am Keyser Soze' On BBC1

ACTOR Kevin Spacey is to celebrate one of his most famous roles by hosting BBC1’s latest amateur talent show, I am Keyser Soze.

Inspired by his Oscar-winning performance, Spacey will challenge a dozen young hopefuls to demonstrate why they deserve to fill the shoes of the legendary Turkish drug dealer and homicidal maniac.

Some of Britain’s hottest young psychopaths are already queuing up to take part in what critics say could be the highlight of the Corporation’s summer schedule.

In round one, ‘Setting Fire to a Boat Full of Thieves’, the contestants will be given 15 minutes to douse petrol all over a cargo ship, set it on fire and then shoot anyone who tries to escape.

Spacey will award extra points for the nonchalant way the contestants use their gold Zippo lighters to ignite the murderous inferno.

In round two, ‘Bamboozling Chazz Palminteri’, the contestants will be given two hours to confuse the gruff, Bronx-born actor without getting their heads kicked in.

Round three is the self-explanatory, ‘Killing Your Entire Family to Show You Mean Business’, while in round four the surviving contestants will rampage across Eastern Europe, slaughtering dozens of rival drug dealers and burning their homes to the ground.

In the final show the two remaining hopefuls will have to convince Spacey and the viewing public that they do not exist and that none of this has actually happened.

The contest reaches its climax when Andrew Lloyd Webber faxes a sketch of the winner to the BBC studios at Shepherd’s Bush.

The newly-crowned Keyser Soze 2008 will then be handed control of a vast crime network before being driven away from the studio by a Mr Kobayashi look-a-like. 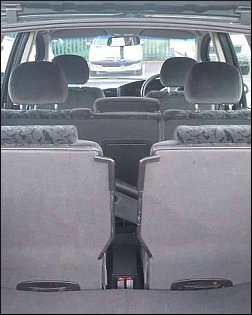 Most will dress like schoolgirls in those incredibly sexy over the knee socks in their normal everyday life, but virtually none will keep the clothes on for bedroom sex fun.

Only three percent are skilled in Tantric sex or the arts of the Geisha, while all have vaginas which are virtually indistinguishable from those of western women.

Tom Logan, 35, a brand manager of Clerkenwell, London, said: "Obviously, I was curious. I’d heard they could do amazing things with their yin-yangs.

"It was nice being in there, don’t get me wrong, but if you blindfolded me and put me in a European one right after I’d be hard pressed to tell you which was which.”

Aya Kawasaki, Mr Logan’s ex-girlfriend, said she had been forced to finish with him because he insisted on keeping her used underwear in a vending machine in his hall.

She said: "Why can’t he put them through washing machine like is normal in Japan?

"He buy me set of ping pong balls and place pint glass at bottom of bed. What that about? I don’t even play tables tennis. I like watch Boston Legal and eat Milk Tray."