I PRESSED that little button at least an hour ago.

Where have you been? Smoking one of your bongo cigarettes outside the kitchen and talking about your knob-ring, I shouldnt be surprised. Anyway, I need my blankets tucking in, not that you care.

Youre probably not even English. I suspect you only came here so you can marry your boyfriend and then be handed a nice English baby by some bloody social worker.  And then theyll give you a thousand pounds a month to turn it into a whoopsie.

Whats for dinner tonight? Fish? Is it English? WAS IT CAUGHT IN ENGLAND? Im not being fobbed off with Spanish haddock, Ill tell you that.

Used to be there was only English fish in the shops. My friends daughter said she was in Tesco and they had fish from China! What are they doing having fish from China in Tesco?

Move the telly round a bit, I can’t see it properly. Now wheres my Radio Times?

Would you look at this: BBC2, nine oclock, The Fisters. A three part minidrama about Soho in the early 1970s when the age of sexual liberation was in full swing.  I shall watch that and then write a letter with my good pen. The Fisters, indeed.

This tea tastes funny. Did your mother never teach you how to make a decent cup of tea? Did you even have a mother, or was she just some trollop who left you outside the town hall and then went back to her drunken intercourse with a Hungarian raspberry picker?

Do try not to fiddle with me while Im asleep. Wouldnt put it past you… you bloody weirdo…. 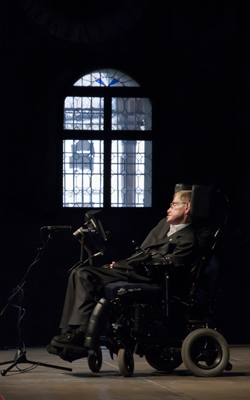 As the series reaches a mind-bendingly complex conclusion far beyond the comprehension of normal minds, Moffat revealed he just wants to entertain Stephen Hawking.

Stephen Moffat said: “You can pander to kids, or you can go for the more select demographic of the world’s top physicist.

“There was literally nothing on telly these days to complicated enough to challenge Stephen Hawking, so we made it our goal to ‘make Steve’s brain hurt’.

“Of course families can enjoy the show too, provided one of them has a PHD and a set of flow charts detailing the many concurrent plotlines and which characters are their own parents.”

Describing the series finale, Moffat said: I feel I can give this away because you won’t understand it in any case – Davros returns, escaping a parallel time stream in which the Doctor is married to Captain Jack.

This causes a fracture in the universe allowing the cybermen to form an alliance with the zygons and take over Victorian London. They stop River Song being born by destroying time itself with a gravity bomb inside the fourth incarnation of K-9’s ghost.

Meanwhile, the ‘our universe’ Doctor uses the time-fracture to finally save the character Adric – from the 1982 story Earthshock – thus preventing the dinosaurs from becoming extinct and alters the course of evolution so that all the human characters become reptiles.

It’s such a mindeo, Stephen Hawking is going to love this.”

Professor Stephen Hawking said: “The stories are way too complicated for me, I watch it for the monsters and the cute girl.”