THIS week finds me in Bangkok international airport, en route for Japan. My parents have forced me to abandon my beach hut in Phuket and go somewhere they can keep tabs on me. Once again, they’ve totally overreacted to some minor thing and say I must ring in the New Year with my Dad’s ex colleague, Mr Willets, and his Japanese wife. They say I’m putting my health at risk by beach hut living- even though I was learning important lessons about Christmas.

The whole  beach hut experience was a bit like when we lived as squatters in first year at uni (I got head lice and everything!) Life there was great until Gemma’s parents got back from South Africa and made us pay the phone bill. Talk about petty!

So, the American students who were renting the hut suggested we all drink beer because the Xanax ran out and there was no TV. I’ve always believed booze is for hippies who play guitars at parties and bore the tits off everyone. But I have to admit that now I’ve seen the light! Someone put on La Bamba and it was literally the funniest thing ever. Plus, I knew all the words!

But, I developed some worrying symptoms a few days later and was dismayed to learn from the internet that I had Chlamydia. Bizarrely though, I hadn’t gotten jiggy with any of the guys, so the whole thing was rather puzzling. Then I remembered: it’s Christmas! It’s at this time of year that we celebrate a baby being born of the virgin. God had obviously modernised and bestowed a pretty current STI to someone who hadn’t once shagged  Americans in yonder lowly shack. I felt joyous- like Cliff Richard himself!

Later however, the Americans put on some Snow Patrol and it was only twenty minutes before I started peeing blood. I thought I’d better head off to the medical centre.  There, I was informed that I actually had a urinary tract infection brought on by dehydration and was given some antibiotics.

When I told my parents, they totally flipped and said I knew nothing about the spirit of Christmas and that I was ‘delusional’. I said they knew nothing about beach hut living and God’s mysterious ways. They kept banging on about how I’d love Serbia because the Guardian said it was a new clubbing capital. They think they’re so leftfield, but there haven’t even been any wars there for like ten years! If they were really cool, they’d get a holiday home in Afghanistan because that will be the clubber’s Mecca 2009, mark my words.

So now I’m stuck in the airport all night waiting for my flight to Tokyo Narita. But at least I know that no matter where I am, I can get utterly annihilated on yummy beers. And that is what makes Phuket the greatest island in the world. 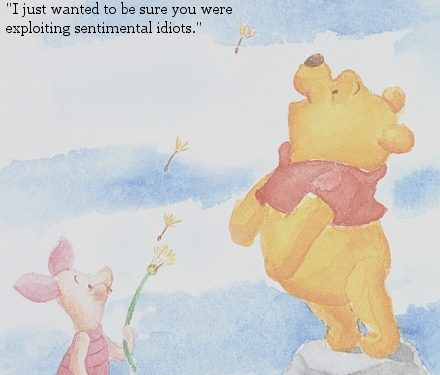