One survivor's week, with Karen Fenessey

It’s no secret that some of the things I write make pretty difficult reading. But this one has literally killed me. Costa Concordia 2012 – I was there.

The cruise started perfectly when I discovered a Philip Treacy boutique on the shopping deck. I almost vomited when I saw they were stocking his hat in the shape of a bagel because I love it when fashion gets political and nothing would better demonstrate my solidarity with Israel than this majestic accessory. I was about to enter my details into the Chip and Pin when there was a massive crunch and all the lights went out. I couldn’t see the instructions on the keypad and descended into panic, fearing the transaction might fail.

Fortunately, the little Filipino salesman let me wear the hat as he escorted me to a muster point.

As the ship listed more and more to one side, we joined the throng for the lifeboats. It was chaos. Fortunately I was able to use a discarded magician’s box as a vantage point. It kept trying to bite me on the ankles but I freed myself by repeatedly kicking its teeth.

I couldn’t believe the audacity of some of the selfish monsters trying to bag prime life boat seats. As a feminist, I find it a ludicrous idea that mumsy types should be given priority. All they care about is perpetuating stereotypes and setting back feminism. They steal my taxes, block my view when I’m deliberating in the feminine hygiene aisles and tut when I don’t wear underwear to One Direction concerts. But I was damned if they’d thwart me this time!

My milliner friend and I proved a formidable team – like Steven Seagal and Mr Miyagi. We karate chopped our way through the benefit cheats to get to the front and I clinched the last seat.  Miraculously, he was able to grab the side of the raft. As he trailed in the water with his teeth chattering, I noticed he still had the Chip and Pin in his jacket. I waved my credit card at him, excitedly. He didn’t share my fervour and urged me to put the card away.

“I refuse to haggle over this,” I told him, “I will not racially stereotype you like that – have some self respect.” At last, he let me slot my card in but the screen froze. My panic returned and I started screaming again. He tried to fix it but this involved using both his hands and sadly he slipped off the side of the raft never to be seen again.

I couldn’t believe I’d lost Mr Right and I never even knew his name. I think it might have been something like Gak.

Suddenly, a seagull landed on my shoulder and started pecking at my beloved hat. With lightning reflexes, I grabbed it by the throat and dashed its brains on the side. “Good news!” I announced to my fellow evacuees, “we will not go hungry tonight!” and I sank my teeth into its wing. The rest of the passengers just looked away, silently weeping as I spat feathers everywhere. I really missed Gak. He could always cheer me up at times like this.

As we bobbed away, I was sure I saw the captain still on board trying to fence a fake antique sextant to a group of strippers who were shaking their heads and pointing at various stars.

What a load of freaks, I thought. I was so glad I was off that insane boat and although I may have lost my soul mate, I know my hat will go on and on.

Doctors to strike over ban on urine extraction 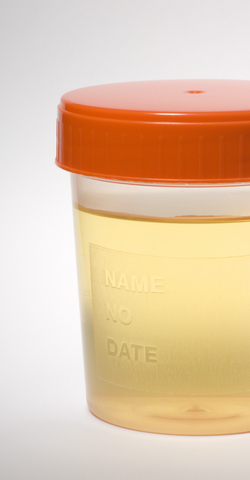 DOCTORS are to strike after the government banned their right to continually demand urine from their patients.

The British Medical Association insisted it was a fundamental duty of general practitioners to tell patients to bring in some urine that the GP then puts in the boot of his Jaguar, before taking it home and storing in the attic of his gigantic house.

A spokesman said: “Those patients who then turn up the following week and ask for the result of their urine test do not really understand how the healthcare system works.

“We have no interest in the properties of the urine, we just want to take it.”

Dr Nathan Muir, a GP who collects more than 100,000 litres of urine a year, said: “I sell it back to the government under the 2003 agreement which states they have to give me at least 50 pence for every jar.

“And of course, I also sell them my own urine. Otherwise I would just be flushing money straight down the toilet. And I’m not trained to do that.”

Margaret Gerving, a retired headmistress from Guildford, said: “Every time I go to the doctor he wants more and more urine.

“I tell him that my pipework is getting to old to cope with all this, but then he holds up a death certificate with my name on it and just says ‘piss into this cup, old woman’.”

Dr Muir added: “Sometimes a sample will look a bit suspect but I always make a point of telling the patient to look it up on the internet.

“If I happen to bump into them.”