Last weekend’s jubilee street party has changed my opinion of my neighbours. They’re an even bigger shower of cretinous bastards than I thought. How can I ensure I never have to encounter them ever again?

I bet you didn’t know that jubilee is the Latin word for poo. And in actual fact, we’ve all been celebrating the Queen doing a big anniversary jobby to mark 60 years ‘on the throne’? When you think about all the rich banquet food she has had to eat over the years, no wonder she wants to mark the occasion like that. It was very nice to see a flotilla of ships following the Royal Log as it made its last journey along the Thames and out into the sea. I just hope she lit a match. 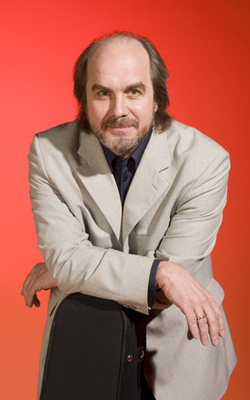 PAUNCHY company director and Olympic sponsor Stephen Malley is the world’s fastest sprinter, it has emerged.

The news of Malley’s advance Olympic victory follows the revelation that anyone with a few million to throw into the 2012 kitty could have a go on the torch.

46-year-old Malley, who is chief executive of IT giant Hobbscom, said: “Although I have asthma and a slight draggy leg, I am surprisingly swift on my feet.

“Also handing over an eight-figure sponsorship fee has lightened my pockets considerably, making me more streamlined.”

Malley will also be named winner of the Women’s Triple Jump when the games take place this summer.

It has also been announced that firms including Adidas, Cola-Cola and Samsung are to sponsor Britain’s waning enthusiasm for the games.

The companies have collectively donated a giant heap of tenners which will be handed out to Britons in exchange for repeating phrases like ‘Team GB is the best team’, ‘I like sport’ and ‘Running is fun’.

A London 2012 spokesman said: “Nothing motivates the people of Britain like cold, hard cash. However they will have to sign a form promising they’ll spend it on trainers, not beer.”