Royals back at their shit office jobs

MEMBERS of the royal family are gutted to be back at their desks after a four-day break, it has emerged.

After a bumper four-day weekend of celebrations and boozing the British monarchy, who have to do normal shit jobs to make ends meet, have returned to normality with a bump.

Prince Charles is a sales ledger clerk for a building supplies firm in Gloucester.

He said: “I’ve got arseloads of emails to delete and a banging headache from all the grog.

“It was a great weekend but I’m wondering whether it was all worth it, I’m really rough today.

“I wish I didn’t have to be here but I’ve got two kids, no pension and a girlfriend who spends all my money on hats.

“Ideally being a prince would be something one could do full-time, although I’m not sure exactly how that would work.”

Meanwhile Princess Anne is back at work as a receptionist at Fitness First in Cheltenham.

She said: “The juice dispenser’s broken and we’ve run out of large towels. It’s absolutely typical of when I have a couple of days off, everything goes to pot.

“Also I feel horrific and have just had a proper full-on whitey in the disabled toilets.” 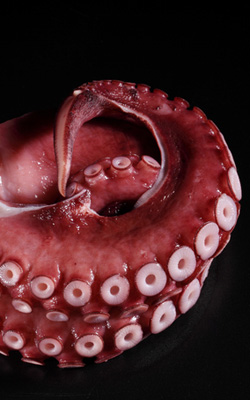 MILLIONS of Britons turned out for the Queen’s four-day celebrations, undaunted by the 500-foot mutant squid that was destroying London.

Huge crowds of well-wishers lined the banks of the Thames on Sunday to watch a spectacular flotilla, continuing to cheer and wave even as tentacles thicker than tree trunks emerged from the water, seizing boats and smashing them against each other.

The Queen and Prince Philip waved and smiled, undaunted as a vast gelatinous shape hauled itself from the belly of the river, tossing tenctaclefuls of screaming bystanders into its beaked maw.

Mayor of London Boris Johnson said: “It appears that the large number of boats disturbed a skyscraper-sized carnivore, probably some type of squid that had been mutated by the vast amounts of human filth pumped into the Thames.

“But even an estimated 1,500,000 fatalities couldn’t dampen the indomitable British spirit.”

Families waved flags even as they ran screaming with buildings crashing to the ground around them.

52-year-old Roy Hobbs said: “You can’t let a bit of monster-based carnage stop you celebrating the Queen. Also now that most people are dead or dying I’ve got a much better view of the procession.”

Mother-of-two Emma Bradford was in the crowd on Tuesday at Buckingham Palace, where the Queen and family members waved from the balcony against a backdrop of a city aflame. Behind then in the sky, fighter jets and surface-to-air missiles could be seen engaging the creature.

Emma Bradford said: “It’s been a lovely weekend. I’ve got some of the creature’s acid saliva on me which has slightly melted my left arm, but I can still wave a flag with my right.

“You could hear the Queen just fine above the explosions and the monster’s weird cries of agonised rage, saying what a nice time she was having.”

Royal biographer Nikki Hollis said: “It’s just a shame BBC coverage of the event focused on people being eaten rather than capturing the true spirit of Britain.”