God save our Queen 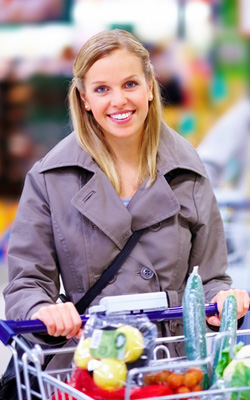 SUPERMARKETS have been flooded by Britons worried they may run out of food and die over the Bank Holiday weekend.

Big food shops could be closed for up to 48 hours during the jubilee weekend, so according to popular logic anyone not currently running around Sainsbury’s like a maniac risks having to eat family members in order to survive.

“After all, you don’t want to spend your precious time off work foraging for edible grasses and squeezing roots for fluid.”

Shopper Roy Hobbs said: “They say Waitrose will re-open after the Bank Holiday, but we don’t know for sure that it will.

“It could stay shut for month, weeks or even years. Eventually I would have to weld big spikes onto the bonnet of the Megane and become a sort of post-apocalyptic highwayman stealing food from unwary travellers.

“In the meantime we need enough brioche to keep our strength up.”

Supermarket patron Helen Archer said: “My husband and I have a system where we run up and down the aisles randomly grabbing things and shouting ‘area clear’ at the end of each one.

“Middle class life is a constant struggle for survival.”