THE Brexit Party’s dismal election results have reduced it to a retired couple from Cornwall and their golliwog, ‘Mr Golly’.

With no seats and Nigel Farage likely to lose interest, Joan and Roy Hobbs and their offensive stuffed toy are all that remains of the electoral force set to change British politics.

Joan Hobbs said: “We didn’t do very well, did we? Mr Golly is terribly upset. Let’s all have a nice cup of tea. That will put things right.

“Despite today’s setback we’re not giving up the fight. My husband Roy is going to lead the party, I’ll be deputy and Mr Golly will become our new party treasurer.

“Boris may have won, but the Brexit Party still has lots to offer. I’ve got some very interesting ideas about making foreigners wear coloured hats so the immigration authorities can spot them easily.

“We’ll probably have a meeting with Boris in Downing Street. I can tell you one thing for sure, he’d better not get on the wrong side of Mr Golly.”

How to survive five more years of Michael f**king Gove 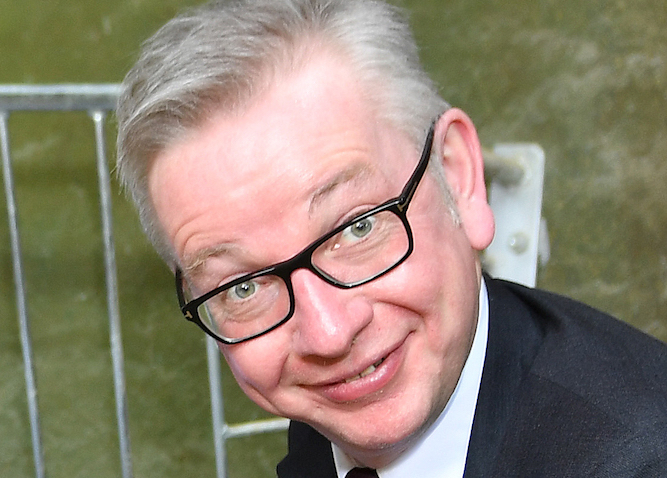 THE Tory victory means we’ll be seeing more of Britain’s most irritating twat, Michael Gove. Here’s how to get through the difficult years ahead.

Keep your TV remote on a lanyard

Wear your TV control around your neck – and make your family do the same – so you can switch it off at the first sign of Gove’s unbearably smug face or irritating pipsqueak voice. Soon you’ll have it down to 0.001 seconds.

Build up your tolerance to Gove

In much the same way that SAS recruits get roughed up by their colleagues in case they get captured for real, immerse yourself in Gove and hope you become hardened to him. Spend hours watching his speeches and looking him up on YouTube, and maybe even read some articles by Sarah Vine. Just try not to go completely insane.

Stay away from anything that will remind you of Gove. This includes garden centres, with their large stocks of gnomes; Harry Enfield repeats that might feature the character ‘Tory Boy’; and, of course, the old children’s TV character Pob.

Live in rural isolation with no phone, computer or TV. If you turn into a weird survivalist nutter with an unhealthy interest in conspiracy theories and bomb-making, it’s still infinitely preferable to ever seeing one of Gove’s cocky Channel 4 interviews again.

Give yourself a lobotomy

If it’s a choice between staring vacantly into space with only a dim recollection of where – or who – you are, or listening to Gove, it’s a total no-brainer. You probably don’t own an orbitoclast, but some knitting needles off Amazon will probably do the job.