Britain kicks itself in b*llocks again

THE UK has once again decided to kick itself in the metaphorical b*llocks by electing a Conservative government.

Despite long experience of shady, incompetent, self-serving Tory administrations, the nation has opted for the sort of extreme, prolonged pain caused by a powerful blow to your testicles.

Voter Tom Logan said: “We’ve bl**dy done it again, haven’t we? The nation wants the sort of pain I got the other day when I crushed my nads on the crossbar of my mountain bike.

“Thanks to twats like Brexiters and even my dear old mum who believes everything she reads in the Daily Express, we’ve taken a good long run-up and really hoofed ourselves in the privates.”

However testicle specialist Dr Nikki Hollis said: “The sheer awfulness of the current Tories, such as Johnson, Rees-Mogg, Patel and that Gove thing, means that this is far more than a simple kick in the b*llocks.

“A better comparison is placing your delicate knackers on a hard surface and getting an agitated horse to stamp on them.”

Tory voter Wayne Hayes said: “My b*llocks are fine, although my boss did explain last year that we’ll all definitely lose our jobs after Brexit.” 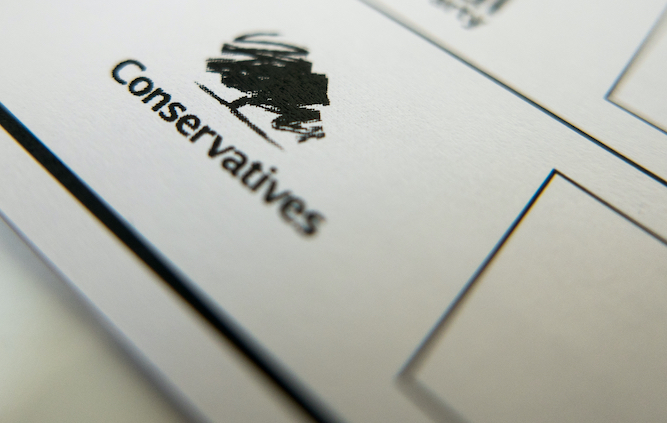 Tom Booker, from Southampton, said: “I like money. I like how it feels in my hands. Labour had some lovely things to say about society, but I don’t actually care about any of that because it’s not money.”