Could you be the next DUP leader?

DUP leader Edwin Poots has quit after just 21 days, three times longer than it took God to create Earth. Can you drag the DUP into the 18th century?

How old is the Earth?

A) Bonkers old. It goes back billions of years, probably more. To give you an estimate: very.
B) 6,000 years exactly and not a day more. The Lord made it a nice round number on purpose so it’s easy to remember.

A) A bunch of big lizards who knocked around the planet ages ago before getting smashed to bits by a big space rock.
B) Bones hidden in the ground by the Almighty to provide humanity with a fun treasure hunt. Or we lived alongside them and rode them, that’s also acceptable.

How do you feel about co-existing peacefully with those of other religions?

A) It’s how the world lives and thrives.
B) Dead against it.

A) A very real problem I’d lose sleep over if my air-con wasn’t cranking out a cool breeze which keeps my bedroom at perfect slumbering temperature.
B) Entirely fictional unless it’s a big flood created by God to punish sinners in which case it’s indisputable fact.

How does the coronavirus keep evolving into new variants when there’s no such thing as evolution?

A) Well that absolutely proves evolution is real, doesn’t it? Demolishes all arguments.
B) The Devil shuffles his hand of evil cards to test the pure at heart, but we shall not be tempted, but will also get the vaccine.

How do you feel about marching?

A) Not into it?
B) Love it, especially past the homes of people we hate to commemorate us beating them.

Mostly As: You’re a progressive, forward-thinking person as compared to the DUP, so are grossly underqualified. Try applying again in a couple of weeks.

Mostly Bs: Congratulations, you’re a seamless replacement with no capacity for logic who will derail all attempts to govern. When can you start?

The pros and pros of daytime drinking 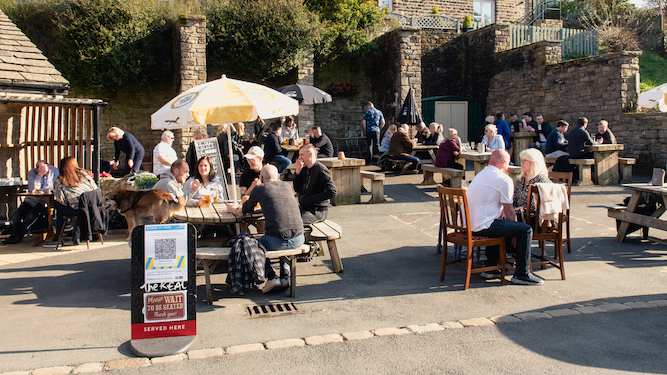 FEW issues divide Britain more than daytime drinking. Some say there’s nothing better; others believe it’s the greatest thing ever. We examine both sides:

PRO: You’ve got the whole day ahead of you and it’s only going to get better

That sense of blazing optimism about how the afternoon is going to go is well-founded. Don’t listen to that miserable voice reminding you last time you were sick in the park at 4pm and a goose chased you. Quaff on!

PRO: You’ve got the pub practically to yourself

Most people are too hamstrung by caution to start drinking at noon on a weekday so the pub is your manor and you and your pals its jovial lords and ladies, with the staff swept along in your infectious enthusiasm for sinking gallons of wine while the sun shines.

PRO: Other poor mugs are working

They’re chained to laptops while you’re carefree as long as you go for a slash every 35 minutes. And to make it still better, you actually should be working yourself but what’s a bollocking from your boss while there are beers to be sunk?

A big fight with the Auld Enemy doesn’t come along that often, and if you drink six beers between 5.30pm and kick-off you’ll be spannered. A long, slow eight-hour approach allows you to cocoon yourself in amber alcoholic warmth, ready to stamp the bastards flat.

Once you’re in your 70s you’ll be taking a pre-elevenses sharpener daily to calm yourself after you’ve read and believed the Daily Express, so get in practice now.

PRO: It’s good for you

Unlike desperate, seedy late-night drinking in darkened homes, daytime drinking is sociable, convivial and perfectly safe. Serious boozers don’t order prosecco in an ice bucket, so you can get leathered and feel good about yourself. The prosecco will help.