Isn't it long past time vaginas were banned? By Sarah Vine

Which raises the question, is it time to ban vaginas? Let’s get these hateful reproductive organs out of public life, out of television and books, and out of our schools’ endless transgender lessons.

I propose that vaginas should be kept at home, only to be viewed by a woman’s husband, in the marital bed, on special occasions like his birthday or Christmas.

If a woman must venture out in public, they would wear special loose canvas jumpsuits, made especially baggy at the crotch to prevent even the slightest hint of pudenda.

Draconian? Perhaps. Necessary? Yes. How many more men must have their lives ruined before we act? Blameless, respectable family men like Boris Johnson, Wayne Rooney and Prince Andrew. All lured away from domestic contentedness by amoral hussies trading their vaginas like so much no-so-fresh fish.

Sure, the woke brigade will object. ‘This is really weird,’ they’ll say. ‘Misogynistic and not in any way practical.’ Their hysterical moaning proves how low this country has sunk. During the war our soldiers weren’t thinking about vaginas, in fact nothing was further from their minds. They made do with a cup of tea and bayonetting the odd Jerry.

The fact is, men are powerless in the face of vaginas. We need to wean our males off them with more wholesome activities, such as exercise, charity volunteering or running a local boy scout group.

Do I feel any guilt at suggesting we effectively imprison my own sex? No. I’m no misogynist. I hate everything equally, animal, vegetable or mineral. I’d like it if squirrels had their tails amputated. That’d stop the smug little freeloaders looking so bloody cheerful.

Seven reasons why heavy metal will always be wank 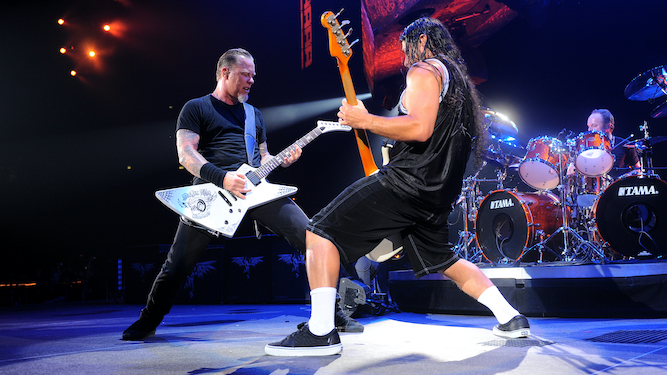 OF all the music genres, heavy metal remains the most shameful. Whether death, black or thrash, you’ll look a knob for listening to it:

Traditionally denim, leather and long hair, like the Hell’s Angels everyone was scared of in the 1960s. Fine in theory, but your average 14-year-old metal fan travels by bus not Harley and has lank hair, spots and an Iron Maiden ‘Eddie’ patch on his back, rounding off the look with glasses.

Leaving Satanism for later, these tend to include death, madness and social deviancy, with thousands of albums called things like Reign In Blood, Screaming for Vengeance, or Diary of a Madman. Luckily it’s all a juvenile fantasy because actual mental illness isn’t much fun.

You can’t shag to it

Most music recognises that it’s required as a backdrop to getting it on, but big hairy blokes screaming about demon semen burning the world does not work for that. And metal fans don’t look like they’re getting any. Maybe women don’t see socially dysfunctional blokes in Slipknot T-shirts as solid long-term prospects.

Metal tends to prefer solos that are fast to solos that are good. So no Dave Gilmours or Eric Claptons, just Yngwie Malmsteem playing like it’s a race. Clearly that’s where Hendrix went wrong – if he’d hammered out a blizzard of notes and called it Psychomaniac Slaughter Spree he’d still be remembered today.

It’s surprising people didn’t spontaneously blind themselves after witnessing Kiss in spandex with platform boots, permed hair and clown makeup. Other bands followed suit until, presumably, they all had a road to Damascus moment and said: ‘Oh no. I look a right twat.’

The bands love Satanic imagery but never knuckle down to the hard graft of sacrificing virgins. This isn’t the problem though, it’s that God and Satan are inextricably linked. Believing in Satan means believing in God, which makes the mosh pit at Sepultura like old ladies going to church.