He said: “You can just picture her. She’d have glasses and that. The sexy librarian look. She’d go, ‘I’m Cambridge. Have you been naughty and brought your books back late?’

“Anyway that dodgy company Stormy Daniels has been shut down for pinching everyone’s data, and Cambridge Analytica had an affair with Trump, the lucky sod.

“Politics in the 21st century is really confusing, but you can understand it if you’re prepared to make the effort like me.” 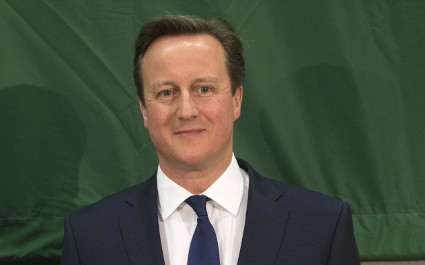 THE deepening Brexit crisis has made Britons wonder what has become of the pink-faced Etonian who caused it in the first place.

With negotiations in chaos and Britain’s economy predicted to nosedive to roughly Albanian levels, the public had expected to hear a little more about it from the former PM.

Office worker Martin Bishop said: “I would like to think Mr Cameron is slumped in the study of his country retreat, gaunt with remorse and shrunk to five stone in weight.

“I imagine him rocking back and forth in his chair, endlessly repeating ‘I ruined Britain. Dear god, I ruined Britain.’ Finally he says, ‘Bring me a glass of whisky and a revolver.’

“However I have a much stronger suspicion he is sitting on a beach playing Fruit Ninja.”

Tory MP Denys Finch Hatton said: “All that David did was panic over UKIP, call a badly planned referendum, cock it up spectacularly then sneakily bugger off. I blame Gordon Brown.”

Cameron said: “I suppose I could apologise but I’m busy with tiffin and later I have to muck around with a horse before doing some serious chillaxing, so… nah.”