All the government's coronavirus f**k-ups, a timeline

LOSING track of exactly which government f**k-up came when? Follow our pandemic timeline:

February 21st – Italy locked down. Whitehall responds by ruefully shaking its head at their Latin foolishness

March 12th – Risk raised from moderate to high. Government reluctantly advises over-70s with pre-existing medical conditions to avoid cruises, but promises the restrictions will stop there

March 16th – Boris Johnson tells everyone not to go to pubs while leaving them open, because that makes sense

March 20th – The prime minister closes pubs and restaurants, though emphasises what a shame it is and if everyone has one last night on the sauce he certainly wouldn’t blame them. Everyone goes the pub

March 27th – The prime minister tests positive for coronavirus. Britain informed this is sad and unfortunate, not a dickhead ignoring his own advice

April 22nd – Targets for tests continue to be missed by 76 per cent, PPE continues to be shipped abroad and then slowly back here, and deaths continue at the level we were told was the peak a fortnight ago. Raab reassures Britain everything is fine.

Mother has new appreciation of what's important and it's childcare 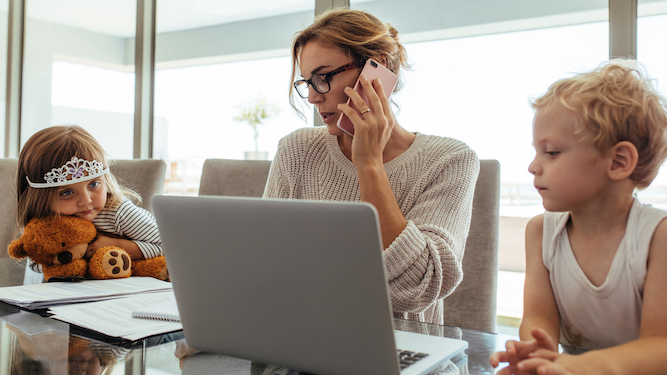 A MOTHER of two children under five has realised that nothing is more vital to a happy life than someone else looking after the kids.

Payroll manager Carolyn Ryan is working from home while looking after a two-year-old and four-year-old, and now understands that what really matters is nurseries and grandparents.

She said: “I used to worry that I was in some way damaging them by sending them to childcare. But being home with me is the trauma from which they may never recover.

“This time together’s giving me time to decide what childhood I want for my little poppets, and it’s one where I’m not losing my shit at them for demanding I play Jumpy Hop Horse with them again.

“Nothing can match the care and attention a professional can give my children, compared to my half-arsed attempts at shoving crisps in them while they play Fortnite.

“And it’s important to me as well; to not just be a mother, or a worker, but an actual f**king human being with a life that’s more than between 9pm when they go to bed and 10pm when I do.”

Ryan’s mother Celia said: “Raising young children is the toughest and most important job on earth, which is why I’ve always advised Carolyn to stick to payroll.”