The MP for South Northamptonshire lists her notable achievements in office as turning the UK’s deficit into a surplus, saving the steel industry and leading the Brexit campaign.

A supporter said: “Andrea’s achievements since leaving her previous role as Big Boss of the City of London are very impressive.

“With her visionary programme of austerity she turned a recession into an economic boom which has easily outstripped China’s, reducing unemployment to its current level of five.

“That turned her 50-seat victory in the 2010 election into a Tory landslide in 2015 with a majority of 197, giving her the largest mandate any leader has ever enjoyed.

“I’m not sure why she’s running for prime minister when she’s already prime minister, but anyone asking suspicious questions is just one of those pessimists she’s promised to banish.”

I had affair with your sister and got her pregnant 'in good faith', man tells wife 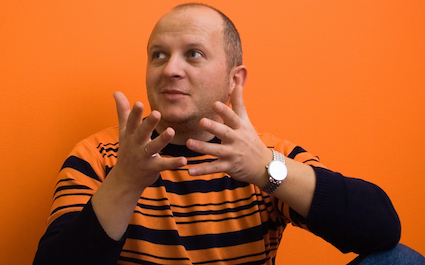 A MAN has explained to his wife that fathering a child with his sister-in-law ‘was the right decision at the time’.

Tom Booker, from Sheffield, said that while with hindsight it was easy to say the choices he made were wrong, he could not apologise for acting on the intelligence available.

He added: “The lack of sexual opportunity in our marriage was placing it under urgent threat just as your sister’s attractiveness was reaching crisis levels, so there was a clear need to act.

“I firmly believe that we had exhausted all flirtation options when I decided to move in, and that the need for action outweighed all possible risks.

“I could not possibly have foreseen that repeated sessions of unprotected sexual activity, which were extremely successful and a credit to all those involved, would lead to pregnancy.

“Yes, there were victims and I have repeatedly offered my heartfelt apologies to anyone who has suffered harm, including you, your sister and the illegitimate son she bore.

“But I cannot say sorry and in the same circumstances I would do the same again.”

Wife Emily Booker said: “Well, if he thought he was doing the right thing.”