Another six times and it'll pass unanimously, calculates May

THERESA May has calculated that if her deal keeps gaining support at the current rate it only needs another six votes to pass unanimously.

The prime minister has plotted votes from the Brexit withdrawal deal on blue squared graph paper and believes it will pass in three more hearings but she might as well go for the full six.

She continued: “That’s the secret weapon in my arsenal, you see. I’ve got maths A-level.

“When I heard that the withdrawal agreement had lost by 149 votes the first thing I thought was ‘Aye aye, I think I’ve spotted an upward trend.’

“And when I realised it was only the fourth-biggest defeat in parliamentary history I was delighted. Next time it’ll be 277 for and 356 against, then 312 for and 321 against, and so on.

“I knew instinctively it was a brilliant strategy to just keep presenting the exact same bill to the Commons again and again, and the data bears it out. Clever Theresa wins again.”

Opposition leader Jeremy Corbyn said: “Yeah? Well I’ve got O-level maths, so because I almost won the last election that means I’m mathematically certain to win the next one.” 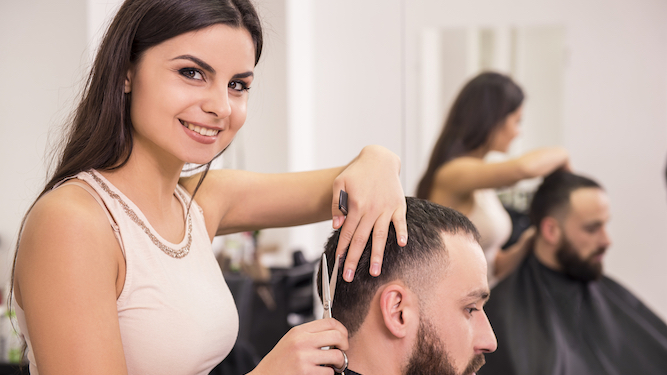 A MAN’S haircut ended just moments before he would have been forced to agree with a morally indefensible statement by his hairdresser, he has confirmed.

Booker said: “It’s possible she could’ve been in favour of it, embracing multiculturalism and  encouraging greater diversity in the hair-styling community. But I reckoned not.

“It’s the nightmare scenario every British person dreads – someone saying vile, bigoted things and you being powerless not to tacitly agree, because that’s obviously better than causing a fuss.

“I distracted her by asking about her Yorkshire terrier, and things were fine for a bit then she started talking about ‘who really controls the world’.

“Anti-semitism is completely unacceptable, but I’m pretty cowardly and she was snipping away with razor-sharp scissors near my delicate pink ears. So I said ‘mmm’.

“That’s when she finished. I would’ve liked more off the fringe, but I needed to get out of there before we started on The Protocols of the Elders of Zion.”