FRESH concerns have been raised over Brexit after it caused the return of Ann Widdecombe.

The former Home Office minister is standing for the Brexit Party in the European elections, confirming predictions that were previously dismissed as ‘Project Fear’.

Professor Henry Brubaker, of the Institute for Studies, said: “When David Cameron outlined his plans for the EU referendum in 2015, I immediately said ‘I warn you now, this will bring back Ann Widdecombe – and we will deserve it’.

“That quivering, high-pitched voice that sounds like a hoax recording of a medieval ghost, spouting the sort of insane shit that even some Brexiters find unsettling.

“Do not watch television or listen to the radio for the next month unless you actively want to rip your own head off.

“Ann Widdecombe is why Strictly Come Dancing is evil.” 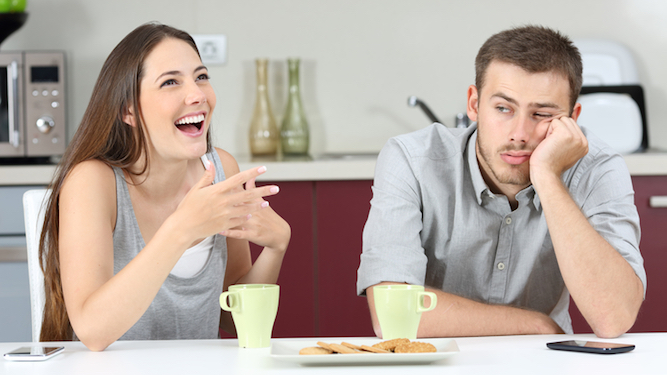 A MAN was trapped in his house for three days while his wife told him about a thing that happened to her at work, it has emerged.

Tom Logan was forced to listen to something to do with a tuna sandwich and Becky from HR when he returned home one evening, later discovering it would turn into a three-day epic.

He said: “Fuck, that was boring, but I guess I should be grateful. She once took an entire week to tell me about a dream she had about a goldfish.

“I have no idea what the point of her story was, but I do know what Becky from HR had for lunch, that there’s some sort of friction between her and Lucy, and what colour her shoes are.

“I also know the shop that sells the tuna sandwiches is owned by a lovely old guy called William and does pastries. I just don’t think it merited taking three days to tell me.”

Wife Sarah Logan said: “I hope Tom’s in when I get home because a really funny thing happened with Gavin and the photocopier.”