UK voters desperately want a pro-European party with sensible centrist policies, according to people determined to ignore the existence of the Lib Dems.

Millions of voters confirmed they would back a party opposed to both Brexit and extremism while pretending he had never heard of Vince Cable.

Tom Booker, from Stevenage, said: “There’s a huge appetite for an alternative to either Labour or the Tories, a third party that can capture those voters crying out for moderation.

“A party that offers a clear alternative on Brexit, such as the promise of a second referendum, would be guaranteed to capture at least 48 per cent of the vote nationally. That’s simply fact.

“A new centrist party, which would emphasise British values of liberalism and democracy and probably have neutral orange branding, would rocket to victory and smash the two-party system once and for all.”

Mary Fisher, from Bath, added: “A party like that would definitely get my vote. Around here there’s no-one to vote for but the fucking Lib Dems.”

Banknotes to be kept delicious 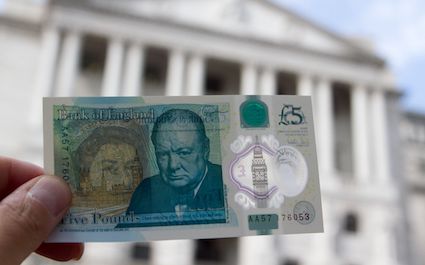 THE Bank of England has vowed that £5 and £10 notes will continue to be the animal fat-packed extra-crispy flavourful savoury treats that Britain loves.

Despite complaints from vegetarians, the Bank has promised to continue making new banknotes out of edible polymers and mouth-watering animal fats, triple-cooked and served fresh and delicious.

“Our Jane Austen tenner is a gastronomic experience every Briton should treat themselves to – try it with the Cajun salt – and the Churchill fiver remains the patriotic portion everyone can afford.

“We pride ourselves on making the most delectable cash in Europe, if not the world. Post-Brexit our currency should be backed against dry-cured bacon instead of gold.

“What’s the point of queuing in Greggs for a pasty when you can just tuck into a grubby five pound note and wash it down with a handful of change? Cut out the middle man.”