GORDON brown reasserted his authority today with what his supporters insisted was a stupid, pointless reshuffle that won't make the slightest difference to anything.

In a series of decisive moves Mr Brown kept most of his senior ministers in the same jobs after ruthlessly agreeing not to upset anyone in case they went on television and said he was rubbish.

According to Labour sources Mr Brown last night decisively abandoned a plan to make Ed Balls the chancellor amid fears that Alistair Darling was about to become the most tedious man to topple a prime minister since Geoffrey Howe.

David Miliband remains as foreign secretary for diabolical reasons known only to Tony Blair, while Amstrad boss Sir Alan Sugar becomes an 'enterprise czar' as part of Mr Brown's plan to restore Britain's reputation as the global centre for shitty, useless hi-fis that sound like they are underwater.

And in what Labour sources described as 'one final act of utter bastardry', Mr Brown handed the Home Office to leadership favourite Alan Johnson in a bid to destroy his reputation as a safe pair of hands by Monday morning at the latest.

A Downing Street spokesman said: "We've decided to leave the post of work and pensions secretary vacant, mainly because there's no work and no pensions."

He added: "It's a fresh, exciting team of pretty much the same discredited people doing the same appalingly incompetent things. It can't possibly fail."

Oh For Christ's Sake Just Do It, Britain Tells Labour 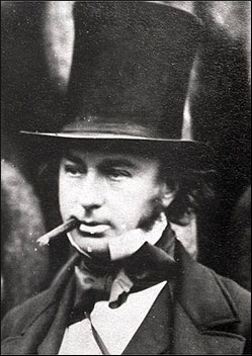 LABOUR was today told to just get on with it so we can all have a peaceful weekend without having to watch Nick Robinson jumping up and down like a child that's bursting for a piss.

As someone called James Purnell resigned, millions of people across the country urged Labour to hack off Gordon Brown's fingers with a meat cleaver, warning they were now getting dangerously close to feeling sorry for him.

Tom Logan, from Doncaster, said: "If I start to talk about how his droopy eyes and creepy smile are actually quite endearing then you must promise you will kill me. Promise it!"

Mr Purnell said he hoped his resignation would give a lead to others, while serving its primary purpose of seeing his name in big, bold letters on the front of the Financial Times.

Margaret Gerving, from Bristol, said: "Purnell… Isn't he the chap with the sideburns who invented the Clifton Suspension Bridge and that big boat with all the funnels?"

As the prime minister clung on to power a procession of cabinet ministers attacked Mr Purnell and pledged their loyalty to Mr Brown until, oh, about half-twelve probably.

Foreign secretary David Miliband said: "I profoundly disagree with James and think he should at least have had the courage to wait until the local election results were in before calling for me to be made prime minister."

Meanwhile Britain's bookmakers have revealed multi-million pound losses after betting against someone in the cabinet having a pair of nuts.