Brown Threatens To Fly Plane Into Office Of National Statistics

GORDON Brown was circling central London today threatening to crash his light aircraft into the Office of National Statistics.

Following renewed speculation that ONS figures will reveal Britain slipping back into recession, Mr Brown made his way to an airfield early this morning after posting a furious, rambling message on the Downing Street website.

Mr Brown wrote: "ONS bastard fuckers. Well let me tell you something so-called Britain, they're messing with the wrong psycho.

"I'll bring this whole tower of shit crashing to the ground. I don't care anymore. Do you here me? I DONT CARE! And by the way Piers, when I was at uni I fucked loads of birds. LOADS!"

Mr Brown then quoted from the Rudyard Kipling poem 'Gunga Din', posted a recipe for cheesy tuna bake and finished his message by repeating the word 'DESTROY!' more than 800 times.

Tom Logan, the prime minister's biographer, said: "This is all part of an ongoing feud between Mr Brown and the ONS. Every time he thinks he has a chance of recovery, they produce some figures that show the full extent to which he has fucked everything into a cocked hat.

"But you have to remember that it is Gordon Brown so the chances of him successfully targeting the ONS are less than nil. He'll probably crash into a really good state school or a profitable business."

Julian Cook, a solicitor from Hatfield who has been monitoring Mr Brown's progress through a pair of binoculars, said: "I have no particular preference as to which building he chooses to destroy, I just hope he's got Ed Balls up there with him." 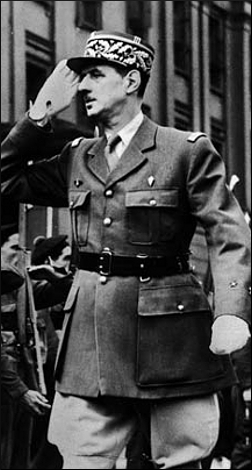 PATRICK Vieira has defended his attack on Glenn Whelan by claiming he was in the middle of a Word War Two flashback.

The Manchester City star was charged with violent conduct by the FA after match referee Alan Wiley threatened him with nothing more than a week in the cooler.

City supporter Charlie Reeves said: "The two of them went in for the tackle and the next minute Vieira shouted 'Vive la Resistance!' and started hoofing him in the crackers.

"After he got up, I'm sure I heard him call Whelan an 'occupying Nazi pig', which I thought was a bit strong."

Vieira faced further censure from Stoke City after staff discovered a network of tunnels leading from the away side dressing room, believed to be part of an escape plan by the Frenchman.

Groundsman Wayne Hayes said: "We knew there was something wrong because the pitch is now the same height as Row F in the main stand. I watched the game again and you can clearly see Vieira emptying soil from his shorts during a corner kick. It's like we’ve been infested by enormous French moles."

Attending the initial FA hearing, Vieira was taciturn, refusing to give anything but his name, position and squad number. The meeting was nearly adjourned as he was wrestled to the ground after attempting to take a suicide pill.

City boss Roberto Mancini said: "When we signed Patrick, we knew that along with the great experience his age brings we were getting the kind of eccentricity that occasionally makes him think he's a freedom fighter trying to liberate Le Havre.

"I will speak to him about his conduct as soon as I can find him, as he currently thinks he's having a torrid affair with Edith Piaf."