Brown Waits To See If Britain Is That Stupid

GORDON Brown was today waiting for opinion poll results that will reveal whether or not Britain really is that stupid.

Mr Brown and his advisers are on tenterhooks following last night's one hour party political broadcast on ITV where the prime minister talked openly about his love of smiling and the challenges of being a father, a husband and a superhero with the powers of a giant, radioactive spider.

But across Britain opinion was split. Bill McKay, an engineer from Grantham, said: "I had no idea he had lost the sight in one eye while playing rugby, that it changed him forever and gave him the courage and determination needed to be prime minister. No, sorry, come to think of it, I actually fucking did."

Emma Bradford, a housewife from Doncaster, said: "These sorts of interviews don't have much effect on me as I don't like to think of politicians as people. I find it helps to contain my murderous rage.

"But, of course, there is always the rampant possibility that the people of Britain are as cretinous as the people who run television. Oh and by the way Mr ITV, we only watch the fat-faced prick when there is nothing else on."

Margaret Gerving, a retired headmistress from Guildford, added: "I thought it was a fascinating insight into what makes Gordon Brown tick, though I did keep waiting for the fat-faced prick to ask him why he decided to fuck Britain right up the shitter." 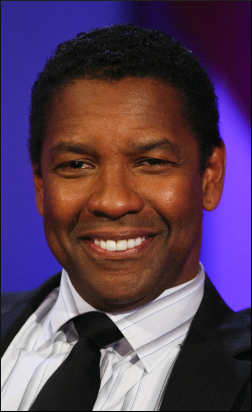 THE BNP has voted to open its membership to people who are not repressed homosexuals secretly pining for the hot love of a large, powerful black man.

At an extraordinary general meeting in Essex, the party reluctantly agreed to accept straight and openly gay people who do not over-compensate for their latent urges by lashing out at the object of their lust.

The BNP was forced to change its constitution after a court ruled it was in breach of equality laws by excluding anyone who did not lie awake at night with their hands down the front of their pyjamas, replaying scenes from The Pelican Brief.

But party leader Nick Griffin said forcing latent gay men with inter-racial sex fantasies to mix with everyone else was a 'symptom of the multiculturalism which has failed Britain so spectacularly'.

Griffin, who once famously declared there is 'no such thing as a bisexual Welshman', added: "They'll be welcomed as long as they keep quiet during our weekly screenings of Crimson Tide and agree with our position that Denzel Washington has no business parading himself like that, flexing his supple limbs and acting like he could have any man he wanted."

Tom Logan, professor of latent politics at Reading University, said: "It will be interesting to see how this impacts on the BNP given that it has always been such a fragile coalition of conflicted gay men and Nazi leather fetishists."

Nick Griffin said: "We will co-operate with the Times when it stops going on and on about that scumbag Washington and his easy charm, his chiselled jaw and those broad, muscular shoulders that make me want to spend the entire afternoon in my study with a 'do not disturb' sign on my knob."