MICHAEL Martin, the Chief Shit, was clinging to office last night amid a growing revolt by all the other stinking turds.

Mr Martin, Chief Shit since 1999, is under intense pressure to resign from a bunch of shits who want to scoop him up, put him on a piece of newspaper and then show him to angry members of the public who have been wondering where that disgusting smell has been coming from.

Nick Clegg, leader of the Liberal Democrat shits, said: "Mr Martin has done jolly well for a Glaswegian who was born in a public toilet. And, I am told, he can be charming and witty company for those who can understand what he's saying.

"But events of the last week have shown that the Chief Shit no longer commands the respect of all the other stools."

The Chief Shit is expected to make a major announcement today setting out his plans to reform the expenses system and confirming he will step down at the next election, as well as asking if anyone has 20p towards a can of Special Brew.

Mr Clegg added: "I favour Vince Cable. He is slightly less of a shit, he wrote an article for the Daily Mail pointing out the bloody obvious about the economy and he once said something that, for a politician, was widely regarded as being moderately funny."

Many Labour turds are standing by the Chief Shit, but there is also significant support for ex-minister Frank Field, who was sacked about 20 minutes after Labour came to power in 1997 for being an unbearable, smart-arsed little shit.

Meanwhile the Tories are believed to favour the austere, aristocratic shit Sir George Young who, like party leader David Cameron, learned how to be a total shit at Eton.

Backbencher Sir Denys Finch Hatton, said: "Britain was a much happier place when every aspect of its existence was controlled by a shady cabal Old Etonian shitebags." 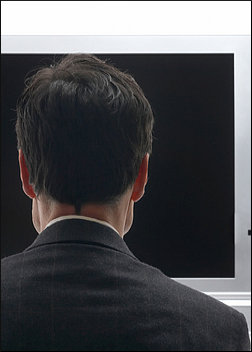 MPs from all parties last night demanded a ban on the gigantic, irresistible, state of the art television sets at the root of the House of Commons expenses scandal.

As politicians attempted to rebuild their shattered reputations, they said it was no coincidence the expenses system began to spiral out of control shortly after the introduction of the first widescreen LCD TV with Dolby digital surround sound.

Veteran Labour backbencher Sir Gerald Kauffman, said: "Cynical manufacturers are making these exquisite televisions as expensive as they possibly can, knowing full well that it simply makes them even more attractive to vulnerable MPs.

"Within a few years of the first flat screen models they started developing things like high-definition and built-in Freeview tuners. For an MP, that's like adding crack cocaine to a bottle of chocolate heroin."

A committee of senior members from across the House is now drafting emergency legislation that will make it illegal to import a television larger than 19 inches, while the government is urging Japan, Germany and South Korea to convert their television factories into strawberry farms.

Mr Kauffman, who somehow managed to spend more than £8000 on one television set, added: "And of course one cannot be expected to watch a 50 inch, wall-mounted Bang and Olufsen in an old battered chair that sits atop a cheap, grubby-looking, non-Harrods rug. That would be an insult to the television."

Angus Robertson, the SNP leader at Westminster, said he was forced to spend £1100 on a beautifully engineered high-definition television so that he could 'watch political programmes as the director intended'.

He said: "The cinematography on the Politics Show is simply breathtaking. It makes Lawrence of Arabia look like some piece-of-shit wedding video made by a four year-old dog."

Meanwhile Shahid Malik, the former home office minister, said the television culture had become so insidious that he was forced to record himself being interviewed, freeze frame his own face on a huge £2000 flat screen and then stare at it in the dark while sitting in a large, vibrating chair.