DAVID Cameron has admitted he will not serve as prime minister for a full five decades.

Cameron said that while he was at Eton he dreamed of being prime minister for 50 years, which would give him ‘just enough time’ to transform Britain into a horribly competitive place full of chain restaurants and foreign billionaires.

But in a BBC interview he said: “Prime ministerial terms are like kicking someone in the groin as hard as you possibly can.

“Doing it twice is incredibly enjoyable, but doing it 10 times can cause you to pull a muscle in your leg.”

Meanwhile, the main rivals for the Tory leadership said this was all very sudden and they would now be forced to begin plotting relentlessly.

Boris Johnson said: “I’ll have to continually upstage two politicians who are nowhere near as popular as I am. If you’ll excuse me, I have to abseil down the Shard in a suit of armour.”

George Osborne said: “If only I’d known, I’d have encouraged loads of articles about how I single-handedly steered the economy back to growth. And I would have got a fancy hair style.”

Theresa May added: “I’ll now have to do the no-nonsense don’t-I-remind-you-of-Thatcher persona I’ve been trying so desperately to avoid. Shut up when I’m talking, you filthy little turd.”

Voter Julian Cook, from Stevenage, said: “Looking at the opinion polls, in five years’ time the prime minister will probably be Martin McGuinness.” 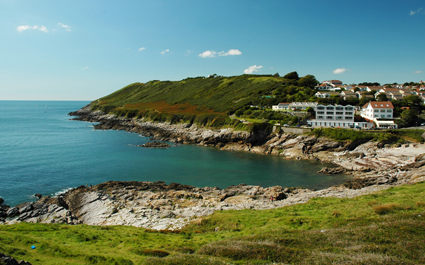 PLANS to do insane things like turning Swansea into a sunken lagoon have been waved through by a distracted parliament.

While the coalition government focuses on the election campaign, Wales’s National Assembly has voted to launch a space programme, trade plutonium with North Korea and to introduce breeding pairs of jaguars to the Brecon Beacons.

Maniacally laughing presiding officer Rosemary Butler said: “We’re getting away with murder, we are.

“We only sent that thing about making Swansea a tide-power hub of excellence to George Osborne for a laugh, and it ended up in his budget speech.

“The cable car thing – using a method of transport specifically designed for a gradient between three flat places – got mixed up with what is now the Trans-Snowdonia Skatepark.

“After that we went wild. We’re building a 104,000 seater stadium without access roads in mid-Powys, we’re cloning humans in abandoned mineshafts and work on the £285 billion Atlantic Tunnel has already begun.

“We send the proposals over in Welsh and they just sign them.”