TORY leader David Cameron has enlisted one of the party's most senior ex-convicts in his bid to become a more effective liar.

Cameron will be coached two days a month by former defence minister Jonathan Aitken, who was jailed for perjury after claiming he was trying to buy back his daughters from the Saudi Royal Family.

Aitken, now a respected international liar, will use many of his famous techniques including 'False Indignation', 'How to Exploit Your Wife' and 'Big Lies – Huge Rewards'.

Aitken said: "My time in prison allowed me to think very deeply about the nature of lying and how one day I could hope to perfect it.

"I met criminals who would lie for absolutely no reason. I learned a great deal from these men.

"Political lying has become much more professional since 1997. Mandelson, Campbell, Blair and Brown reshaped the dishonesty landscape and in recent years Conservative liars have begun to look rather amateur.

"I want David Cameron to tell the most enormous lies. I want each and every word to be a masterclass in deceit."

He added: "There's no point lying for money or to protect your reputation. You should lie because you want to lie."

When Aitken is not coaching politicians he tours the country giving lectures about how Jesus loved money and guns.

Life Under Mugabe Better Than Life Under Harry, Says Chelsy 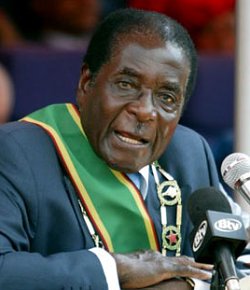 FORMER Royal girlfriend Chelsy Davy is to return to Zimbabwe rather than spend another minute underneath Prince Harry, friends said last night.

Miss Davy opted for life in the world's leading hell-hole after one final session at Boujis watching the Prince drink champagne while talking about how he would much rather be in Afghanistan, before being chauffered back to his gigantic palace.

A source close to Miss Davy said: "According to several international studies, Zimbabwe is the worst country in the world. Inflation is two million percent and the whole place smells like an old cat and is run by an 83 year-old psychopath.

"Most people would rather die than live there. But I'll bet you 500 billion Zimbabwean Dollars that those people haven't woken up next to Prince Harry."

The source added: "Chelsy would rather live without electricity, clean water and proper sanitation than have that grunting, beer-sodden lout bearing down on her four times a week.

"And it's not just the drunken, equestrian-themed sex. There were all those awful weekends at Highgrove where Harry would go around shooting peacocks and Charles and Camilla would dress up as Grenadier Guards and ride each other around the drawing room."

Miss Davy, who had just begun a four year course in handbags at Leeds University, will now spend her days skinning antelopes, bribing the police and defending the family farm from President Mugabe's army of bloodthirsty madmen.