Cameron Pledges Power To The Maniacs

As Mr Cameron outlined plans for armed parish councils, experts said the people he hoped to attract are the same as the people who made you think seriously about moving to New Zealand last year.

The radical reforms will include greater police co-operation with amateur sleuths and a rolling programme of constant referendums giving people exactly the wrong level of control over their own lives.

Local referendums are likely to cover a wide range of issues including banning the blue stripes in stripey toothpaste, a big-budget remake of Bless This House starring Martin Clunes as Sid James and a 'final solution' to the 'Jewish Question'.

Professor Henry Brubaker, of the Institute for Studies, said: "We'll have that unusual man from the Telegraph making speeches about how Lord Nelson should be running the BBC, while Esther Rantzen tables early day motions demanding a fair deal for personal injury lawyers, or holding up pictures of little kiddies that made her cry.

"And then you'll have Terry Waite wandering about the place chained to one of those radiators with wheels in a pathetic attempt to remind people who he is."

Tom Logan, a deeply concerned citizen from Hatfield, said: "The absolute last thing this country needs – and I cannot stress this strongly enough – is my next door neighbour being involved in any form of decision making whatsoever. People will die."

He added: "I don't want power. I've already got a job which takes up quite a lot of my time and then it's the weekend. This is what politicians are for.

"All we really need to do is to make sure those politicians have a mind of their own, have had a proper job at some point in their lives and, you know, aren't thieves." 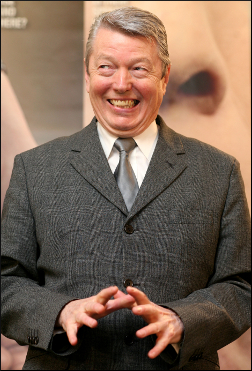