Cameron surprised at how quickly he’s turned into John Major

DAVID Cameron is genuinely shocked at the speed at which he has become a lame duck continually undermined by Tory Eurosceptics.

The prime minister admitted his tiny Commons majority ‘had John Major’s stink all over it’, but insisted the swivel-eyed Eurosceptic revolt which will eventually destroy his premiership was supposed to happen later this year.

He said: “Fucking hell, that was quick. Can you not just let me have a few months to look like I’m even vaguely decisive and in charge?

“I would have been happy to start the u-turns and the pandering to your raging xenophobia in late October. This seems unfair.”

The prime minister revealed he has brought forward plans to hold a dramatic press conference where he invites ‘someone weird, like John Redwood’ to challenge him.

He will then emerge triumphant and completely fucked and after a few years people will remember his face but not his name. 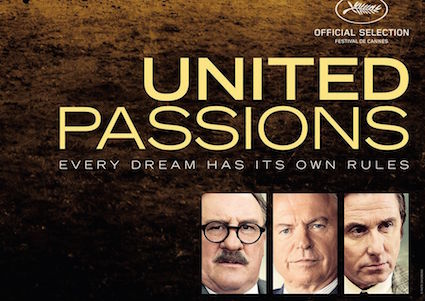 THE original script for the new Fifa movie was accidentally destroyed just before FBI investigators arrived at the organisation’s headquarters.

Fifa officials confirmed the screenplay for United Passions was left next to a pile of papers that were being shredded ‘for perfectly normal reasons’.

A source said: “It was really good. It had dramatic tension, some very tasteful sex and a beautifully crafted scene where Sepp Blatter plays chess with Thabo Mbeki.

“But it got shredded as part of the routine office tidy up we always do when we see the FBI in the car park.

“Anyway, it meant we had to cobble together this piece of shit. Sorry.”

Meanwhile, the DVD will include a 110 minute ‘blooper reel’ consisting of Tim Roth repeatedly stopping mid-scene and asking himself what the hell he is doing before Sepp Blatter throws a big wad of money at his face.