GEOPOLITICAL experts believe that the danger of Russia initiating a third world war within the next few months is scarcely more than one in three.

The country’s recent currency collapse, increasing tendency to invade neighbours and leader who hears mocking voices in his head are thought to be nothing for anyone to concern themselves until February at least.

History professor Dr Mary Fisher said: “Honestly, everyone should be more worried about whether Ben Haenow makes Christmas number one.

“Yes, economic catastrophe does tend to lead to wars of unrestrained aggression, and yes in this case there is already a dictator in place, but I wouldn’t be surprised if actual formal war still hasn’t started by the new series of Game of Thrones.”

Estate agent Tom Logan said: “It’s probably silly, but I had got a bit worked up that a crisis in a nuclear-weapon state led by a wounded demagogue with expansionist ambitions could mean trouble.

“But now I know that we’re safe until probably April, June at the very latest, I can really enjoy my final Christmas.”

Everyone to live an extra six hate-filled years 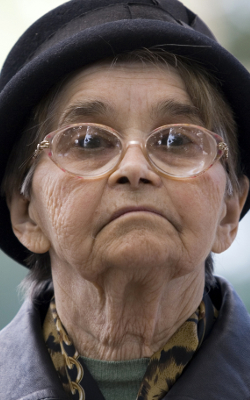 THE average life expectancy has increased by six bitter, ignorant years since 1990, researchers have found.

Doesn’t agree with these teleporters they have now

Advances in medical technology means that Britons are living longer than ever before while detesting every single minute of it.

Professor Henry Brubaker, of the Institute for Studies, said: 200 years ago, a 40-year-old was considered a wise elder and barely had more than a few months to seethe about the changing world around them.

But a 40-year-old today has half a century to slowly realise they despise everyone and everything and to loudly voice those feelings.

What a wonderful extra six years they will be, moaning about flying cars and making politically incorrect remarks about cyborgs.

We believe the truism lifes too short will be replaced by lifes intolerably long by around 2050.

I demand immortality so I can loathe this nursing home and the family who stuck me in it forever.