Clegg and Cameron clash over best route to Tesco

A CONFLICT over the quickest way to the supermarket is the latest rift in the ever-weakening coalition.

Nick Clegg and David Cameron have been sharing a car for their Sunday morning shopping trips, but the arrangement is in turmoil following Clegg’s repeated assertions that the ring road is quicker than the prime minister’s preferred route through the town centre.

Tory backbencher Denys Finch Hatton said: Passive-aggressive remarks from the passenger seat are pushing David Cameron to the limits of his patience.

Clegg will phone his colleagues on the drive confirming with a sigh that yes, theyre stuck in traffic again, while David grips the steering wheel with white-knuckled hands and cranks up the Archers omnibus.

“However David is equally bloody-minded, and often responds to Nick’s travel suggestions by reminding him that the reason he isn’t fucking driving is because he’s only got a provisional license.”

The prime minister now wants to add a third third lane to the road towards the supermarket in a desperate bid to reduce the amount of time he has to spend in the car.

However Clegg is demanding a referendum, insisting that the nation should decide whether in fact turning left at the Wickes garage and going via the retail park isn’t both quicker and more ecologically sound.

Finch Hatton said: While Nick is perfectly prepared to bend on health, education, welfare and basically any other issue, he will not compromise on potentially getting car sick.

“As their relationship deteriorates it’s likely we’ll see more policy-making based on mutual antagonism. For example Nick really likes the progresssive rock supergroup Asia, so David is drawing up plans to have their music outlawed.

“Meanwhile Nick is insisting that any additional airport runways must go through Chipping Norton.” 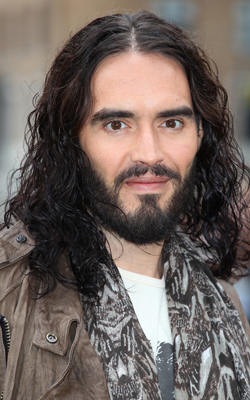 RUSSELL Brand realised he was addicted to celebrity sex after a passionate one-night stand with Chris Evans, it has emerged.

The Dickensian-Tantric comedian seduced wacky, bespectacled coppertop Evans after a boozy night at the Met Bar.

Brand said: “Waking up with Chris’s bifocals beside the bed and ginger hairs in my teeth was a particular low point.

“Sex with celebrities is an addiction like alcohol or heroin, after a while it doesn’t matter whether the celebrity is any attractive member of the opposite sex, or a flame-headed middle-aged man.

I should have realized things were getting out of control when I saw James Corden backstage at Comic Relief and thought Cor….I wouldnt mind a go on that.

Brand described how his fixation with celebrity sex led to bad decisions, including his failed marriage to Katy Perry and a doomed tryst with Fred Dibnah in 2003.

Brand said: Frankly, any form of celebrity would do. Im pretty sure I once shagged someone because she was related to the bloke who invented the Lancaster bomber.

Now I just want to beat this addiction, but I think I can do it with professional help and the support of my fans, who I will then be able to shag even though theyre not famous.

Brand will now begin several weeks of intensive therapy, during which he will be kept in a Hannibal Lecter-style sex-proof cage in case any other celebrities check into the clinic.