QUEENS Park Rangers midfielder Joey Barton is to part company with himself at the end of the month, by mutual consent.

Police were called to a West London restaurant when matters between the two personalities of the ex-England international came to a violent head.

According to fellow diners, Barton had been goading himself repeatedly, before he finally snapped and let fly with fists, punching his own face and body.

Taking to Twitter, Barton said: First Manchester City, Newcastle, then QPR, now who knows? I’ve given Joey chance after chance to better himself but every time he recoils into barbarism and base savagery.

“As Nietzsche said, ‘Battle not with monsters lest ye become a monster.’ So true  and so, like Morrissey, I must fly, fly.

Joey, meanwhile, shouted his response to Barton while standing outside his own/the latter’s house, beside the remains of his Mercedes which he’d just torched.

Sports psychoanalyst Julian Cook said: What we have here is a classic personality clash  Barton, thoughtful, socially concerned, a cut above the average footballer, the sort of fellow who would have enjoyed a conversation with the late Robert Hughes and Joey, blood for brains, who’s basically Yosser Hughes. 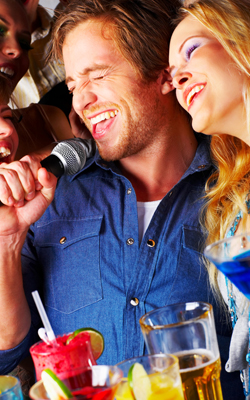 POT smokers generally have more brain cells than people who like lager, it has been claimed.

A new study from New Zealand has claimed that young cannabis smokers risk an irreparable reduction in their IQ.

However, Professor Henry Brubaker of the Institute for Studies believes potheads still have a way to go before they are as idiotic as those who skull twelve pints of wifebeater on a Friday night.

Professor Brubaker compared the preferred leisure activities of weed smokers and lager drinkers. He found that pot smokers were likely to watch complicated manga films and research conspiracy theories on the internet.

Meanwhile lager drinkers spend their spare time in massive corporate nightclubs, going up behind girls and repeatedly poking them in the back with their genitals whenever Chakademus & Pliers’s Tease Me comes on.

He said: “In some respects cannabis seems to promote the life of the mind, especially whether it comes to maintaining concentration during overlong, overrated films like The Big Lebowski.

“What we have to ask ourselves now is whether lager makes you thicker, or simply appeals to less intelligent people. It’s a chicken and egg, or perhaps kebab and moron, question.

“I don’t know whether cannabis should be legalised, but perhaps we should victimise both groups equally. Like if you’re caught by police with half a pint of weak lager, you get a police record and can’t ever go to America.”

Regular cannabis user Tom Logan said: “I may not have any ambition or a short term memory, but at least I’m not out trying to impress a girl who’s pissing in the gutter by drunkenly kicking a stranger in the head with my pointy slip-on shoes.

“Also I just read a book about these submarines that are living organisms – like a cross between robots and whales.

“I appreciate that’s irrelevant to the question, but it was good.”