Don't stay together on our account, Britain tells Tories

THE UK has told the Conservative party that if it is trying to hold things together for their sake then go ahead and split up.

Britons have promised that they will not be traumatised by the split, that in fact it will be better for their psychological health for the constant arguments to end, and they will not unfairly blame either side.

Tom Logan, from Hitchin, said: “Come on. We might be politically immature, but we can see what’s happening right in front of us.

“Stop dragging it out. The centrists will get custody of the country, because they’ve got the business community and the legal system and everything on their side, but we’ll stay with the hard Brexiters every other weekend.

“I know you’ve been trying to make it work, but it’s been over for a long time now. You’ll still have your memories of how happy you were in the Thatcher years.

“It doesn’t seem like it now, but you could both form other political unions. I know one side’s been making eyes at disaffected Labour centrists, and the other’s up all night talking to young Polish nationalists on social media.”

A Conservative spokesman said: “Britain’s only saying this so it gets two Christmas presents.”

Is your partner a pain in the arse to sleep with? 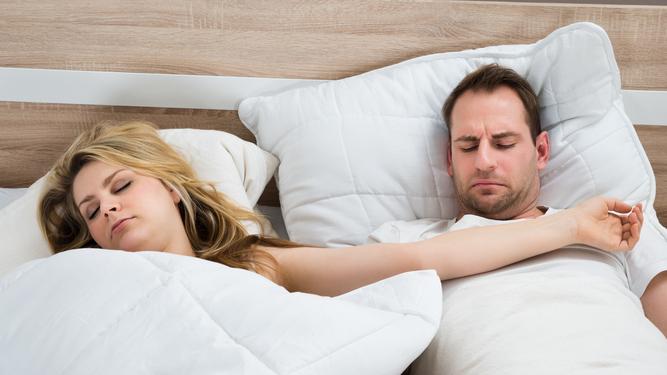 IF you wake up knackered and irritable most mornings it’s possible your partner is an annoying bastard to sleep with. Take our test and find out.

How do they go to sleep?

A) By drifting off quietly like a little mouse on valium.

B) By fucking around with their phone for an hour, reminding you of that really stressful thing you’ve got to do tomorrow, then passing out instantly to begin the night’s snoring.

Do they make sounds while sleeping?

A) No. It’s like sharing a bed with a statue but a bit warmer.

B) A bitter struggle for total control of the duvet that would leave the Red Army impressed with their tenacity.

Do they move about?

B) If they’re not constantly wrestling the pillow they’re taking their third trip to the bathroom because who’d have thought drinking all that lager before bed might have an effect?

What is their waking up routine?

A) They silently slip out of bed like a hungover snake.

B) After hitting the snooze button for the fifth time they get up to shower, leaving the alarm on to rudely awaken you from the first precious bit of sleep you’ve had all night.

Mostly Bs. Bad luck. Ear plugs might help, but it’s best to be on the safe side and get divorced.