NIGEL Farage is campaigning against Brexit just to be a total pain in the arse.

Despite the change in stance, Farage promised to continue using familiar tactics such as stirring up prejudice and talking bullshit so that he still gets to go on television.

He said: “I feel it’s my duty to continue being the centre of attention and keep drinking beer during the day.

“Did you know leaving the EU will cost us £123,456 trillion pounds a minute? I would give that to the donkey sanctuaries and lame children.

“Ask yourself this – who would you rather live next door to, a polite, hardworking Polish couple or a family of British fatties whose only ambitions are petty crime and spending their dole money at Greggs?”

He added: “I promise to keep being handsome and daringly politically incorrect, regardless of what politics are considered correct.”

Farage supporter Roy Hobbs said: “To be honest I don’t mind being pro-Europe. I only joined UKIP so I wouldn’t have to sit on my own in the pub.” 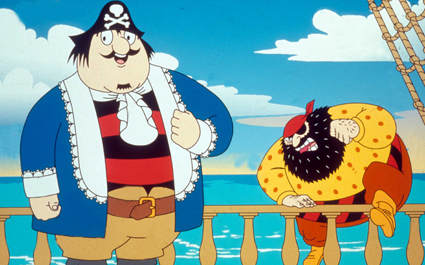 ASKING someone washing their car to ‘do yours next’ is now illegal.

Cliched neighbour car-washing banter along the lines of “You can do mine next if you like mate” will incur a three-point penalty and a fine of up to £800.

A government spokesman said: “People want to feel safe on the road, and also in their driveways.

“Unfunny car-based neighbour chit-chat can leave drivers in a foul mood that could lead to more aggressive driving and perhaps even death.

“For too long chirpy suburban twats have relied on the fact that you can’t just tell them to get fucked because you will have to see them again tomorrow.”

Driver Wayne Hayes said: “If I can’t say ‘When’s your test?’ when him next door nudges the bins while reversing, then what’s the point of even having a car?”