Five politicians you're completely opposed to but secretly fancy

POLITICS has become so polarised that it’s impossible to admit that you wouldn’t mind giving Dominic Raab one. Form a cross-party coalition with these five:

Gammons hate him but their wives would love just one night with this sophisticated, erudite negotiator. He’d take you to a swish Luxembourg restaurant and listen patiently all night, because even your boring life is more exciting than trade deals, then maintain a hard position while yielding in key areas.

For the liberal who abhors firearms, there’s no fruit more forbidden than gun-toting gilf Sarah Palin. You long to be snowbound on a ranch in the Rockies with the former Republican vice presidential candidate, who’s clad in nothing but cowboy hat, leather chaps and crossed ammunition belts.

A no-nonsense Scot with a mad-on for posh Tories is a powerful fantasy for those same posh Tories. She’d catch you illegally trespassing on a grouse moor, spank you in a bothy and make you plunge naked into a loch. Delicious.

You’ve embraced every craze going, from ukulele to circus classes, burlesque to cupcakes. Then came socialist unicorns. And now you don’t give a bugger about the many, you just want Comrade Jezza to come in from toiling on his allotment and pin you against the Aga.

The ultimate fantasy for four generations and counting of right-wingers, something about the Iron Lady stiffens even the most coal-mining steel-working pigeon-breeding Northerner’s resolve. You’d love to travel back to 1975 and get a blowie from her round the back of the working men’s club.

Why I wear a poppy, by Laurence Fox 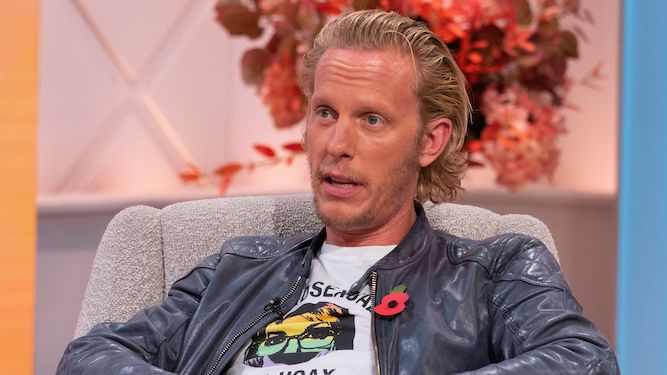 AS we approach Remembrance Sunday, virtue-signalling communists have been asking me why I, popular actor Laurence Fox, wear a poppy. I’ll break it down:

Our brave boys would want me to

I may be the first person to notice that Remembrance Sunday is about remembering The Great War, where brave British soldiers died bravely for Britain. The least I can do to show my gratitude for their sacrifice is to make myself the centre of attention.

It’s a form of political protest

In this age of woke, wearing a poppy is as dangerous and provocative as burning your Vietnam draft card was in the 60s. If a policeman, or let’s face it policewoman, fresh from an LGBTQ+ parade and a diversity seminars saw it, I’d be arrested.

It makes you stand out

Nowadays it’s rare to see a poppy in the wild. I’d estimate that you only see about 98 per cent of people on television wearing one – far less if you count repeats and US shows – and about 75 per cent of people in real life. Wearing a poppy demonstrates to all and sundry that I am one of the few patriots left.

It riles up Antifa

Antifa and their ilk are everywhere, like Satanists in the 80s. They despise any expression of pride in our country’s history. Imagine the expression on their balaclava-clad faces if they saw a poppy. And I’m not afraid of fisticuffs.

It’s the only thing left that isn’t virtue-signalling

Supporting Black Lives Matter is just a way to boost your career. My poppy hasn’t helped my career at all. Proof in itself that it is the only cause left that isn’t fraudulent and self-serving.