Having a female leader is simply not credible, confirms Labour

HAVING a woman in a leading role that has always been filled by a man is just not credible, the Labour Party has confirmed.

The Labour leader traditionally regenerates every time they lose an election, usually into an old white man and often involving a a lot of repeats from the 1970s.

However, in an exciting change, at the end of the last election the latest leader was shown refusing to regenerate into Yvette Cooper, leading to renewed speculation about the nature of Labour Party space-time.

Die-hard fans of the long-running party insisted that changing the leader into a woman would be a stupid idea when the one they have got has at least three more series in him.

Jeremy Corbyn supporter Tom Logan. said: “If people want a female leader why don’t they start their own party?

“I’m not threatened by the idea, but why change it just for the sake of political correctness?” 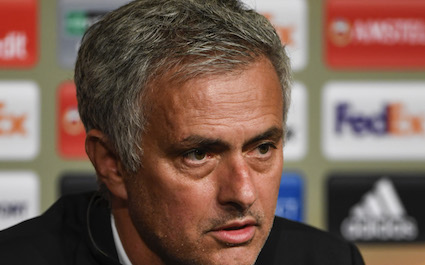 JOSE Mourinho has revealed plans for a summer tour of his monumental self-regard.

Next season’s Premier League promises to be the most egotistical ever, and the Manchester United boss is facing stern competition in the vanity stakes from Pep Guardiola and Jurgen Klopp.

Mourinho said: “My ego has to be ready to hit the ground running, like a beautiful cheetah.

“First I’m going to praise myself for steering United to the giddy heights of 6th, before patting myself on the back for somehow noticing that Romelu Lukaku was a good player.

“Then I’m going to compare myself favourably with Antonio Conte, Alex Ferguson and Jesus, and flirt shamelessly with the press pack until they tell me I’m special.

“Finally I’m going to bully Rafa Benitez until he starts crying, because it makes me feel alive.”