SENIOR Tories have been watching Game of Thrones for tips on how they can make things worse, it has been confirmed.

Ministers, advisers and backbench MPs were studying the drama closely in the hope of discovering new forms of political vandalism and stupidity.

A source close to Theresa May said: “We want to rebrand her as a Daenerys figure; breaking the chains of EU bondage, impervious to the flames of negativity. That should do the business.

“Any comparison with Cersei Lannister – the ruthless, naive tyrant whose thirst for power at any cost could destroy a nation – is ridiculous, offensive and exactly the sort of thing that erodes public trust in politicians.”

They source added: “Although we would be pretty happy with Cersei’s approval ratings at this point.”

Members of Boris Johnson’s team were also understood to be taking notes in the hope of mounting a leadership bid that will not be utterly pathetic this time.

According to insiders, the foreign secretary sees himself as an arch schemer in the mould of callous string-puller Petyr Baelish, but is considered to be far closer to the terrifying, but ultimately ridiculous child king Joffrey Baratheon. 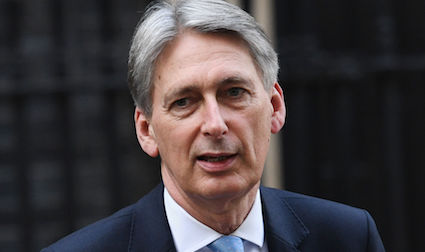 PHILIP Hammond has told public sector workers that they should pay back what he has given them.

The Chancellor confirmed that by definition, all public money belonged to him, and that he now wanted it returned.

He said: “Nurses, teachers and police officers are public servants, which makes me their master.

“They’ve been massively overpaid, growing rich off the fat of the land, while hardworking bankers and accountants worked their hands to the bone for no reward.

“Now it’s payback time, literally. This Brexit thing is going to be ridiculously expensive and I am not your dad. You’re getting deported to the Falklands unless you give it all back right now.