'I'll cut off my own dick, don't think I won't,' Johnson threatens EU

BORIS Johnson has threatened the EU with severing his own penis unless he is given the free trade deal he wants.

The prime minister held a carving knife above his member and told Ursula von der Leyen, president of the European Commission, that if she did not drop level playing field requirements he was not afraid to start cutting.

She said: “We had moved on from fishing rights onto the question of whether British citizens deserve employment rights – I believe they do – when Mr Johnson without warning dropped his trousers.

“He told me that unless I gave into his demands there and then, John Thomas was hitting the floor.

“I flinched, because though I am German I did not want to see this, which seemed to make him think his ultimatum was working. ‘I’ll do it,’ he said, ‘I’m a f**king madman. Now let’s talk maternity leave.’

“I said ‘But to cut das glied would be an act of self-harm-’ before he interrupted, shouting ‘No state aid limits! No tariffs! Full sovereignty now!’ and raised his knife hand high. I fled the room to his shouts of ‘I win!’

“Later he emailed me, with the subject line ‘This goes up Gove’s arse unless you give in on Northern Ireland’, and an attachment. I have not opened the attachment.” 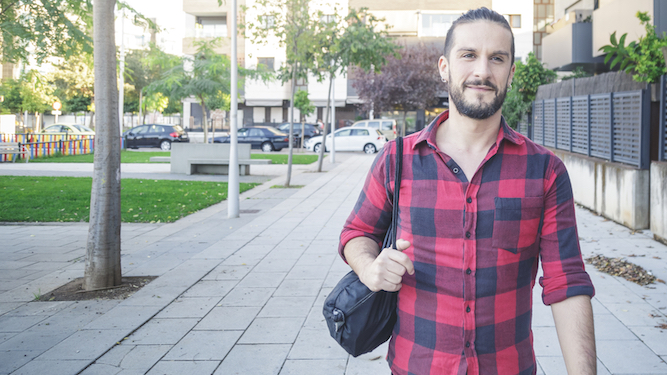 A UNIVERSITY student has returned home for Christmas with an alternative and radical strain of the coronavirus, he has confirmed.

Jordan Gardner has just finished his first term of a Film and English Literature BA at Bristol and gone back to his home town with a daring and novel strain of the virus that only free spirits who have recently gone vegan can contract.

He explained: “Going to uni has opened my eyes, and my immune system, to new realities.

“Sure there are cases here in Stevenage, but everyone around here has got what I like to call ‘cookie-cutter’ Covid. It’s literally nothing like what me and the people in my halls have been going through.

“I’ve found that the only cure is sleeping in until 2pm, reading the existentialists, getting my eyebrow pierced and keeping others away by being witheringly patronising.”

Asked if he was worried about passing the illness on to his parents, Jordan snorted: “Please. They don’t even know what intersectional feminism is.”