Nigella Lawson and five other people who have never, ever farted

THERE are the disgusting, flatulent multitudes who blow off all the time, and those who roam the earth like perfect, wind-free angels. Here are six of them:

Despite gorging herself on rich, creamy food from breakfast to midnight, the bum cheeks of the UK’s most alluring chef have never been tarnished by anything as base as a fart. Indeed, many believe that she does not even shit.

The flawless diet and physique of Joe Wicks, developed to never let down the nation by guffing off during a live lockdown exercise session, have allowed his spacious home to remain gut-odour free. However, he is a frustrated non-farter. You can see in his eyes he is desperate for the joy of releasing a real window-rattler.

The Duchess of Cambridge

Only the fair maiden who hath ne’er broke wind could win the hand of the prince who is heir to Britain’s throne, and win it she did. Meghan, however, farts like a squaddie after Curry Club. She and Harry only left the UK because they were sick of Kate pointedly opening windows. She’s a major factor in climate change.

Topsy and Tim’s mum from Cbeebies

A patient angel of good parenting, this lady has definitely never let one rip during family movie night. And even if she did, it would smell like a punnet of Waitrose cherries.

Despite being raised in a working-class area where everyone around him farted from dawn to dusk, Keir dared to dream of better and held them in. Now, as a successful barrister and knight of the realm, he has promised to make Britain a country free of flatus.

Man furious at injustice of spare bedroom being in Tier 3 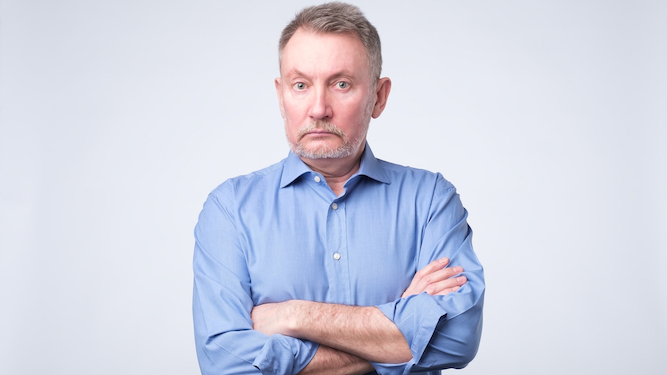 A MAN believes it is unfair that his spare bedroom is in the same tier as the rest of the house even though no Covid cases have been recorded there.

Norman Steele of Stafford argued that while he has no argument with the rest of the house being in the highest tier, the government are being unfair by imposing restrictions on the ‘perfectly safe’ 12ft by 9ft rear bedroom.

He continued: “The tier system is a complete and utter shambles. Why should my back bedroom be penalised just because the rest of the town, county and house is?

“The nearest suspected case was in the kitchen, which is on a completely different floor and on the opposite side of the house. It defies logic.

“Rather than a blanket imposition of restrictions, they should allow that room, which hasn’t hardly been used this whole pandemic, to stay in tier 1 and then I could meet family in there.

“Or I could turn it into a pub, or hire it out for weddings, or use if for indoor sports or whatever. There are all kinds of possibilities if you fold the futon away.

“I’d only just finished redecorating it a fortnight ago. ‘Following the science’ bollocks.”