LABOUR is to change way it elects its leader in the hope it will result in the election of a leader.

The party has drawn up radical reforms after its last two leadership elections went horribly wrong.

Ed Miliband, the winner of the most recent ballot, said: After the Scottish person, we hoped we would learn from that ghastly mistake. But no.

My campaign started out as a practical joke on my brother.

But then I realised I could help him by being the person you were obviously not supposed to vote for.

No-one was more horrified than me when the unions gave me their support. As I stood on the conference stage, basking in my victory, I was thinking, oh dear god, this is awful.

He added: Now, because of the Conservatives, Im probably going to win the general election and embark on an utterly disastrous premiership.

But recent history tells us that will not be enough to prevent something like me happening again and again.

By introducing one-member-one-vote the party can be sure it will always be led by a right-wing middle class Englishman.

Some idiots only halfway through first season of The Wire 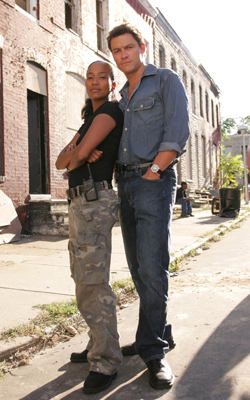 YEARS after it finished, some idiots are still struggling through the first season of The Wire.

While normal people have moved onto Game of Thrones via Breaking Bad, new data shows over 12,000 Britons have barely made inroads into David Simon’s acclaimed series.

Nathan Muir, who runs the Soldier Of The Cultural Wars blog, said Six years ago I lent my neighbour Tom Booker The Wire box sets and said, ‘Watch these if you want to understand anything about anything.’

But he complains he can’t remember who’s who and that nothing seems to happen. ‘Why can’t it just be like Starsky and Hutch and Huggy Bear?’ he’s obviously thinking.

Booker, who is a hospital porter but moonlights as a minicab driver to afford childcare since his wife died, said: I should spend more time watching stimulating, long form programming.

But after a long shift at the hospital, plus four hours picking up fares then back home to spend some moments with my daughter, I find telly makes me sleepy. Short attention span, I guess.

Booker’s progress with the series was further delayed when he had to sell his DVD player to Cash Converters to afford nappies and groceries.

Muir said: What’s maddening is that The Wire is about how impossible life is for the have-nots. If Tom watched it, he could find out all about himself and his own life.

Do you realise how hard it is for me, not accidentally revealing spoilers when I’m haranguing him? I’m permanently walking on eggshells.