Man about to be shafted by Tories somehow worried about Marxism

A MAN who is likely to suffer under a Tory government is deeply concerned about Labour politicians being Marxist.

Roy Hobbs was alarmed by media claims that Labour is a ‘hotbed of Marxism’, despite there being actual Tory policies that will screw him over in real life.

Hobbs said: “I know things keep getting more expensive and my daughter has to pay crippling tuition fees, but I’m seriously worried about a Marxist revolution.

“With all these Brexit problems and the NHS in crisis the last thing we need is the working class all getting into Das Kapital and seizing the means of production by force.”

He added: “As a family we’ve noticed it’s getting harder to make ends meet, but finding an affordable care home for my wife’s mother is a doddle compared to working on a collective farm.”

Daughter Lauren Hobbs said: “Dad doesn’t seem to realise the chances of him waiting ages for a vital operation are somewhat higher than being put in a gulag.” 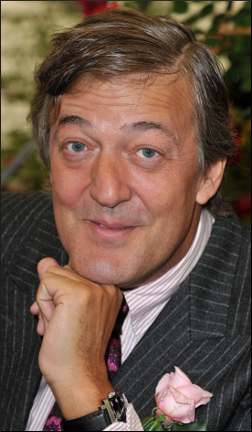 STEPHEN Fry’s omniscience has been controversially called into question by Ireland.

Fry, who is worshipped by millions worldwide, was described by Irish authorities as ‘capricious and haughty’.

A police spokesman said: “While Mr Fry may appear all-knowing to devoted BBC4 fans, he would be nothing without an army of producers feeding him weird facts about trigonometry and crisps.”

But Fry’s supporters have hit back, accusing Ireland of violating the fundamental law that Fry must be agreed with at all times.

Tom Booker, from Lambeth, said: “Stephen Fry is Oscar Wilde reincarnate and my faith in him is unshakable and pure.

“We are truly blessed to share his planet and anyone who disagrees should be thrown into a volcano.”