Man being passionately political on Facebook will definitely forget to vote

A MAN who won’t shut up about how important it is to vote will miss polling day due to being in the pub.

Tom Logan has been irritating his friends with holier-than-thou rants about low election turn-outs, despite the fact that the last time he made it to a polling station he found it closed because he had gone on the wrong day.

Booker’s friend Carolyn Ryan said: “Tom usually only posts pictures of himself in various states of wastedness, so there is something deeply irritating about him suddenly developing a political conscience.

“It’s like he thinks no one else has noticed about the election, or even politics in general, and has taken it upon himself to educate us all in a patronising fashion.

“It’s admirable in a way, but I’d honestly rather see 19 identical photos of Tom being sick in a doorway than yet another infographic that he clearly does not understand about the economic effect of Brexit.”

Booker said: “There is nothing finer than exercising one’s democratic right to vote. Unless they put the polling station too far from the pub, of course. Then it’s just a massive pain in the arse.” 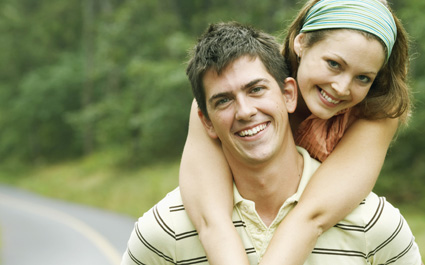 Tom Logan and his fiancee Donna Sheridan describe themselves as ‘traditionalists’ who believe in tying the knot before inviting Sheridan’s friend Nikki Hollis over for a glass of chablis and a fumble.

“It will have been worth the wait.”

Sheridan agreed, saying: “We just don’t believe in kink before marriage. But as soon as that ring’s on my finger, we’re getting our three-card punched.”

Sheridan admitted that it was not the most fashionable thing these days to wait before committing to a sexual relationship with an open-minded friend, but insisted she had never doubted her decision.

She added: “I’m absolutely sure that I’ve found the person I want to spend the rest of my life having threesomes with. And I believe it’s what God wants too.”