A MAN is irritating his colleagues by being self-consciously indifferent to the presidential election.

Tom Booker, an accounts administrator from Maidstone, is rising above the frantic speculation with an annoyingly philosophical approach like he is some sort of mystical guru.

Co-worker Nikki Hollis said: “The office is rife with chat about whether Donald Trump is going to annihilate us all by declaring war on China, or if Hillary Clinton is actually a robot controlled by the Illuminati, but Tom won’t join in.

“He just gives this beatific smile and says something like ‘guys, it’s out of our hands’ or ‘it’s up to America to make their choice’ and then changes the subject.

“He won’t even join in with our misty-eyed chat about how much we admire Barack Obama and secretly fancy Michelle.

“I used to think he was just a laidback guy, but his lack of hysterical overreaction is making me suspect he voted for Brexit.”

Booker said: “I just think they need to chill out. Also, I don’t understand politics and don’t want anyone to realise.”

US election put into perspective by Toblerone crisis 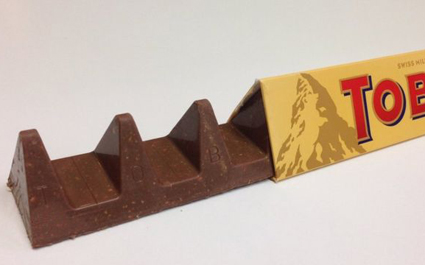 THE US election has been put into perspective by Britons reeling from a life-changing alteration to Toblerone bars.

Across Britain all election-watching has been immediately curtailed by a nation struggling to understand why their chocolate has changed and who allowed it to happen.

Nathan Muir of Dumfries said: “Give Trump the nuclear codes now, I don’t give a shit.

“Have you seen what they’ve done? The vast, barren plain of chocolate between each delicious honey-and-nougat peak?

“Not only are we losing chocolate, how can that be fairly broken and shared? Someone’s always going to get too much. This will destroy marriages.

“I suppose sometimes you need to be reminded of what’s really important. I remember that from when Cadbury relaunched the Snowflake in September 2001.”

Toblerone manufacturer Mondelez said: “We have no control over the frequency of Toblerone chunks, which occur naturally according to the rhythms of the cosmos.

“These new Toblerones show that the universe is slowing to a halt. It’s deep stuff.”