Publicising his new book, I’m Jesus, the one who thinks he is Jesus said: “Like most people who think they’re Spiderman, he could be an immense source of strength.

“But the more convinced he became of his super-powers the more difficult he was to work with. Especially as he refused to call me ‘Lord’ or ‘Messiah’, which I found rather maddening.

“Eventually I realised that while he was very capable, he had zero emotional intelligence. And he also had a habit of swinging from the Downing Street banister and kicking me in the chest.”

He added: “He always opposed academies and foundation hospitals even though I knew they had to be right because I’d got the idea from, you know… God.”

But a source close to the one who thinks he is Spiderman hit back, saying: “So what if he didn’t have emotional intelligence? He had Spidey-Sense, which is much better.

“And when Doctor Octopus blew up Lehman Brothers it was Spiderman who trapped him in a huge web and took him to jail. When a multi-armed techno-villain is on the rampage the last person you want in charge is a man who thinks he’s Jesus.

But Tom Logan, professor of politics at Reading University, said both men were pricks.

He added: “While they and the empty husks they surround themselves with will think this is the latest battle in some epic saga, the rest of us just see two pricks who spent 13 years killing people, fucking the economy and generally dicking about with our lives.

“While they will no doubt talk of legacy, I suspect their graves will become overgrown and abandoned, freshened only by the urine of an occasional, passing historian.

“Meanwhile, it will be interesting to see how this affects the leadership contest currently being fought by a group of men who all seem to think they’re a cardboard cut-out of Nick Clegg.”

Four Years Until You Can Return To Being A Free-Spending Moron, Say Experts 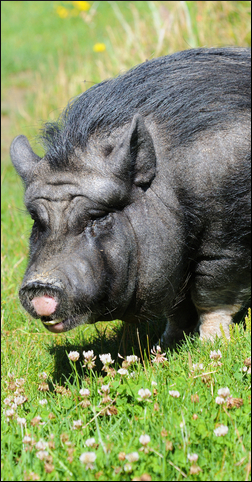 HOMEOWNERS have just four years to forget everything they may have learned during the financial crisis, experts have warned.

By 2014 house prices are expected to have risen above their 2009 value, allowing mortgage holders to go back to spending the difference on a pot bellied pig, a solar-powered espresso machine and a waterproof television for their shower.

But experts have stressed that many people are still smarting from the recession and may even decide to remember how cretinous they were before some greedy Americans ruined it for everyone.

Julian Cook, chief economist at Donnelly-McPartlin, said: “We are now facing the terrifying possibility that some people may not repeat their mistakes.

“The danger then is that the real idiots will notice them and how content they are with just having a perfectly nice house with a little bit of equity. Not to mention the relaxed, cheerful disposition of someone who does not have to keep spending money to take their mind off how much money they’re spending.

“They must not be allowed to succeed.”

He added: “We’ll probably start off by parking a speedboat in their driveway or one of those Volvos that basically drives itself but with the magical phrase ‘0%’ plastered over every inch of it.

“Or we could just save ourselves a lot hassle and frame them for child molestation.

“It’s rather sweet that you think we wouldn’t.”