May to choose new star from Conservatives’ array of outstanding talent

THE prime minister faces the enviable job of choosing a new rising star to be defence minister from the Tories’ stellar array of talent.

Following Michael Fallon’s resignation, May is struggling to pick just one of the incredible options available to her which she has described as “a political X-Factor line-up from the show’s absolute prime”.

“Tough as it is to match up to the Cabinet I’ve already got, who are some of the best and brightest people in Britain, these new guys are more than up to the task.

“I mean, consider the kind of people who would have chosen to become Conservative MPs in the last decade or so and you’ve got an idea. Just wow.

“And the defence portfolio is certainly one anyone’d jump to take on, encompassing as it does our ongoing operations in Afghanistan, Iraq and the upcoming return to Northern Ireland.

“I feel so blessed. But not as blessed as Britain itself.” 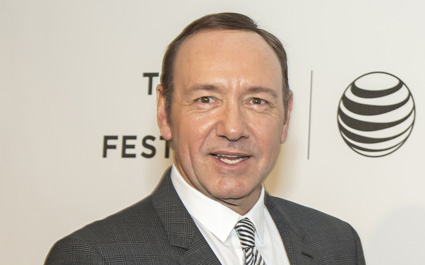 A MAN is feeling proud of himself after removing House of Cards from his Netflix ‘to watch’ list.

Wayne Hayes was inspired to make the courageous move after learning of the sexual harassment accusations levelled against the series’ star, Kevin Spacey.

He said: “I was pretty shocked by it all – I exhaled loudly and even shook my head a little bit.

“That’s when I realised I had to do something. So I deleted it from my list, and frankly it feels righteously good.”

He neglected to mention, however, that he was secretly quite relieved to remove the series from his televisual to-do list as it looked quite heavy going and he’d been putting it off for ages anyway.

However Hayes will still be watching The Usual Suspects on a semi-regular basis “because it’s a proper classic”.