THE boy who will be Britain’s next Labour Prime Minister in 2056 turned 10 years old yesterday.

Nathan Muir, from Durham, who will enter Downing Street with a working majority of 15 following the collapse of a Tory/SNP coalition, celebrated with cake, crisps and fizzy drinks he is not normally allowed.

In four decades time he will lead the Labour Party to victory as a society on the verge of economic collapse turns to them in despair. Today, however, his party involved him and his friends all dressed as Minions.

Muir, who enjoyed Pass The Parcel best about yesterday, will end Boris Johnson’s 30 year reign in power, re-elected repeatedly because the electorate thought it was amusing that he was so rubbish.

However, with unemployment at 10 million and no end to the war with Canada in sight, Britain turned to Muir, who today said he had a tummy ache from too many Haribos.

Muir, whose slogan will ‘hope and change for hardworking people’ will be unseated after 10 years as PM by Liberal Democrat Nikki Hollis, as yet unborn.

Hollis will surrender to Canada and lie about scrapping tuition fees.

Dolphins spoiling for a fight 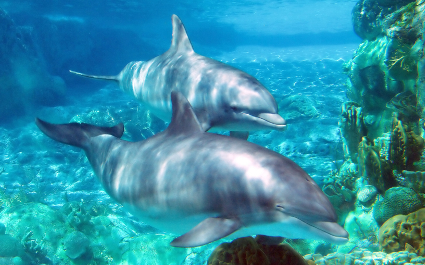 DOLPHINS are vicious thugs spoiling for a fight with humanity, it has emerged.

Widely regarded as intelligent and spiritual animals who set a good example to man, researchers have discovered that they would happily set about a human in a pub car park if it were biologically possible.

“Our big breakthrough came when we realised that the thing where they raise themselves out of the water while swimming backwards meant ‘Come on then, you think you’re a hard man, plant one right there.’

“Their whistles are the equivalent of ‘Oi! Oi! Oi! Oi!’ and the clicks offer more than ninety thousand ways of asking who the fuck you think you’re looking at. They only swim with tourists to steal wallets and grope arses.”

“We eat your cod and piss on your beach, we are the boys from the South China sea.”